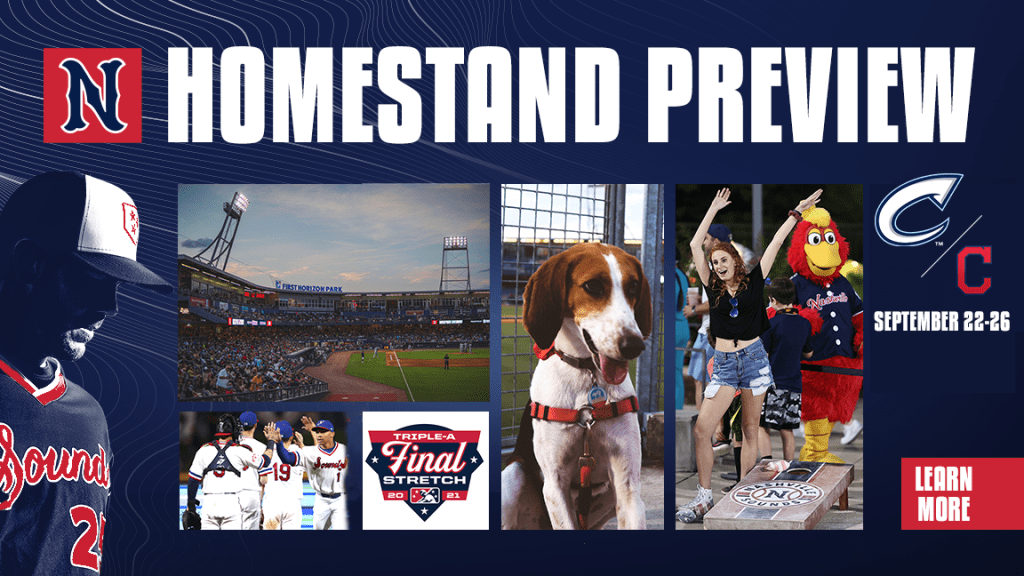 The Nashville Sounds will be holding Fan Appreciation Week as they start their final homestand of the 2021 Triple A season on Wednesday, Sept. 22. The Sounds will play in a five-game series against the Columbus Clippers, the Triple-A affiliate of the Cleveland Indians.

All week fans can enjoy discounted food and beverages like, $2 12 oz. Pepsi fountain soda, $2 hot dogs (Friday-Sunday), $1.50 Frito Lay chips, select $5 and $6 canned and draft beer specials, Season Ticket Member of the Game recognition for all five games, $3 mini-golf (Friday and Saturday), and a silent auction to benefit the Nashville Sounds Foundation on Saturday and Sunday. Items include autographs from Christian Yelich, Rickey Henderson, Roger Clemens and others.

On Wednesday, the Sounds will be having Tito’s Tail Waggin’ Wednesday where fans can bring their favorite four-legged friend to First Horizon Park. Proceeds from all dog tickets will benefit Comfort Connections. There will also be a Sounds and Nashville SC Ticket Bundle where all fans who purchase a ticket to the Sept. 29 Nashville SC vs. Orlando City match using the listed link will also receive a Select Section ticket to the Sept. 22 Sounds vs. Clippers game.

On Thursday, the Sounds will host Throwback Thursday presented by Budweiser as the Sounds wear throwback uniforms to commemorate the team’s original 1978 uniform style. Fans will also be able to purchase Pepsi fountain soda and Budweiser products at a discounted rate.

On Friday and Saturday, the club will give away a 2022 Magnet Schedule to the first 1,000 fans, presented by FOX 17. Up to 2,500 fans can receive a free Hardees Famous Star coupon as an exit giveaway on Friday. Finally, on Sunday, the final home game for the Sounds in 2021, the first 100 kids ages 12 and under will receive a copy of Diary of a Wimpy Kid, presented by ABRAMS.