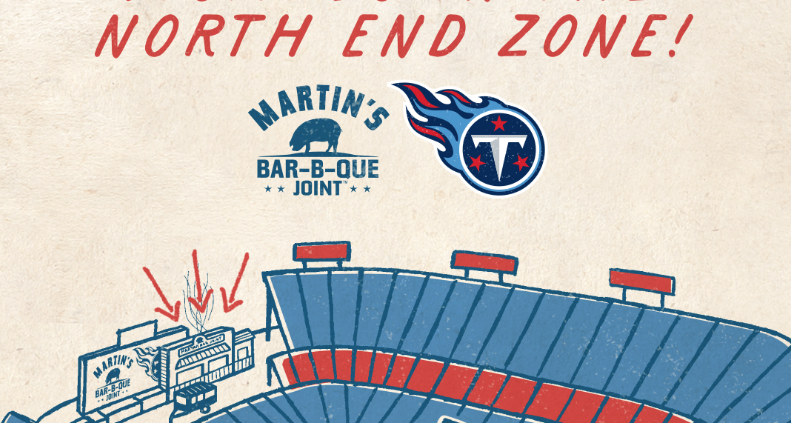 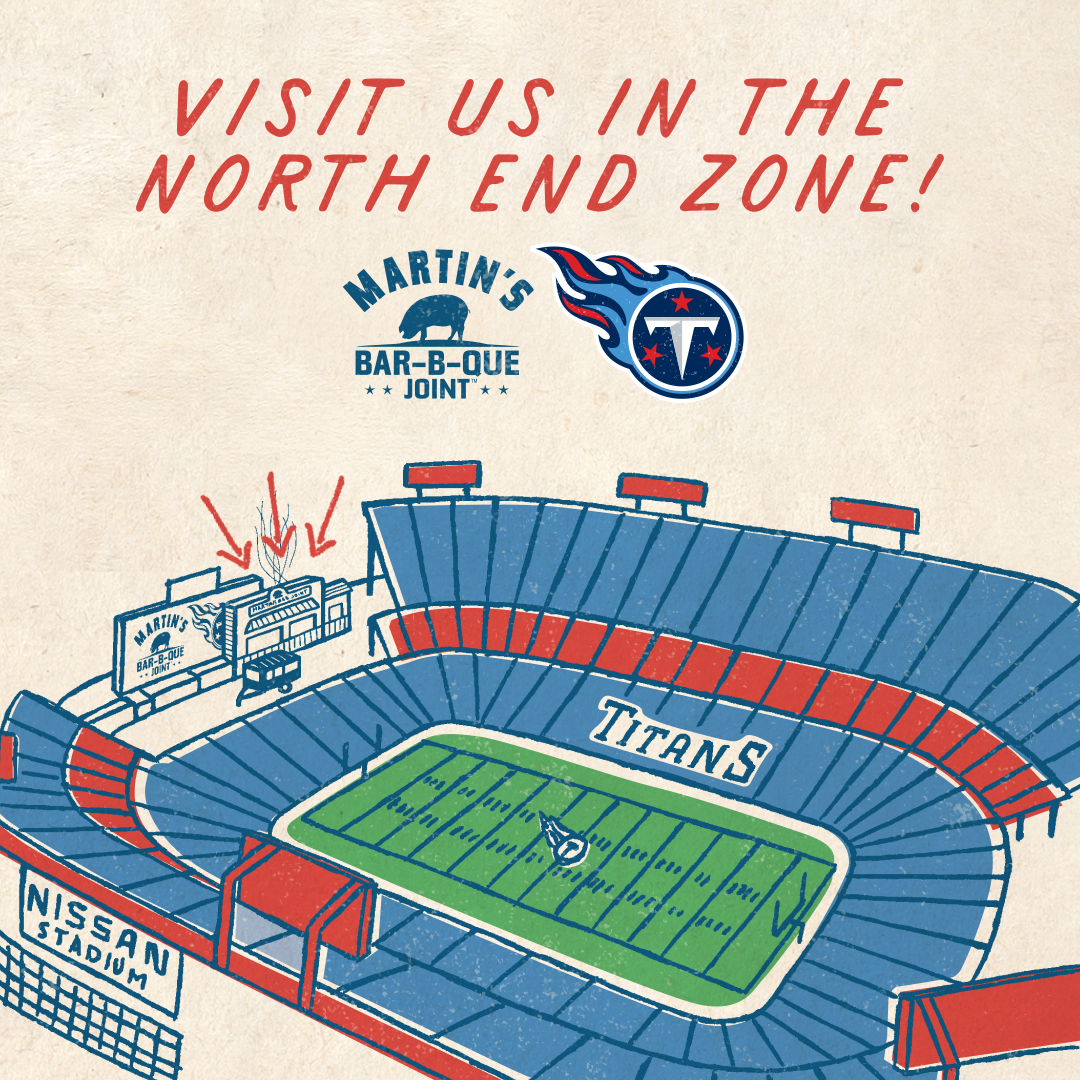 Martin’s Bar-B-Que Joint is adding a location at Nissan Stadium with a new outpost anchoring the North End Zone. The popular BBQ spot will serve fans at all Titans home games, as well as other major sports and entertainment events at Nissan Stadium, including Major League Soccer and concerts like The Rolling Stones, Kenny Chesney, and Elton John.

Martin’s Bar-B-Que Joint will make its home in a stand-alone building next to Gate 2. The culinary lineup features Martin’s Bar-B-Que fan favorites like Smoked Wings, BBQ Nachos, and Martin’s Homemade BBQ Chips with Ranch Dip. The restaurant will smoke all its meat overnight on location at Nissan Stadium in a Titans x Martin’s co-branded rig parked in the middle of North End Zone; it takes up to 24-hours to smoke, and as a result Martin’s offerings are more limited and available on a first-come, first-served basis.

“As a proud Titans season ticket holder since 1999–game one, season one through today–it’s incredibly surreal for me to open a Martin’s at Nissan Stadium,” says Pat Martin, founder of Martin’s Bar-B-Que Joint. “For almost 15 years I’ve had the privilege of feeding the good people of Nashville, and this Titans partnership is the realization of a longtime dream. Seeing our smoker make its home right smack in the heart of the End Zone, serving the best fans in the NFL cheering on the greatest team in the NFL while enjoying our BBQ is a crazy wonderful moment for me and my entire Martin’s family. Go Titans!”

The 2021-2022 Titans football season coincides with the restaurant’s 15th anniversary, as the original Martin’s first opened its doors in Nolensville in October 2006. Today, there are seven Martin’s locations peppered across the greater Nashville area, as well as Louisville, Birmingham, and Charleston. The organization plans to open a new Martin’s in Hendersonville later this year.

“We’ve enjoyed a great relationship with Martin’s Bar-B-Que Joint the past several years, and what makes this partnership even more special is Pat’s love for the Titans,” says Titans Sr. Vice President, Chief Marketing & Revenue Officer Gil Beverly. “The fact that they’ll be coming into Nissan Stadium overnight to smoke the barbecue is an example of Martin’s dedication to their craft and commitment to our fans, and we couldn’t be more excited to officially welcome them into our home this season.”