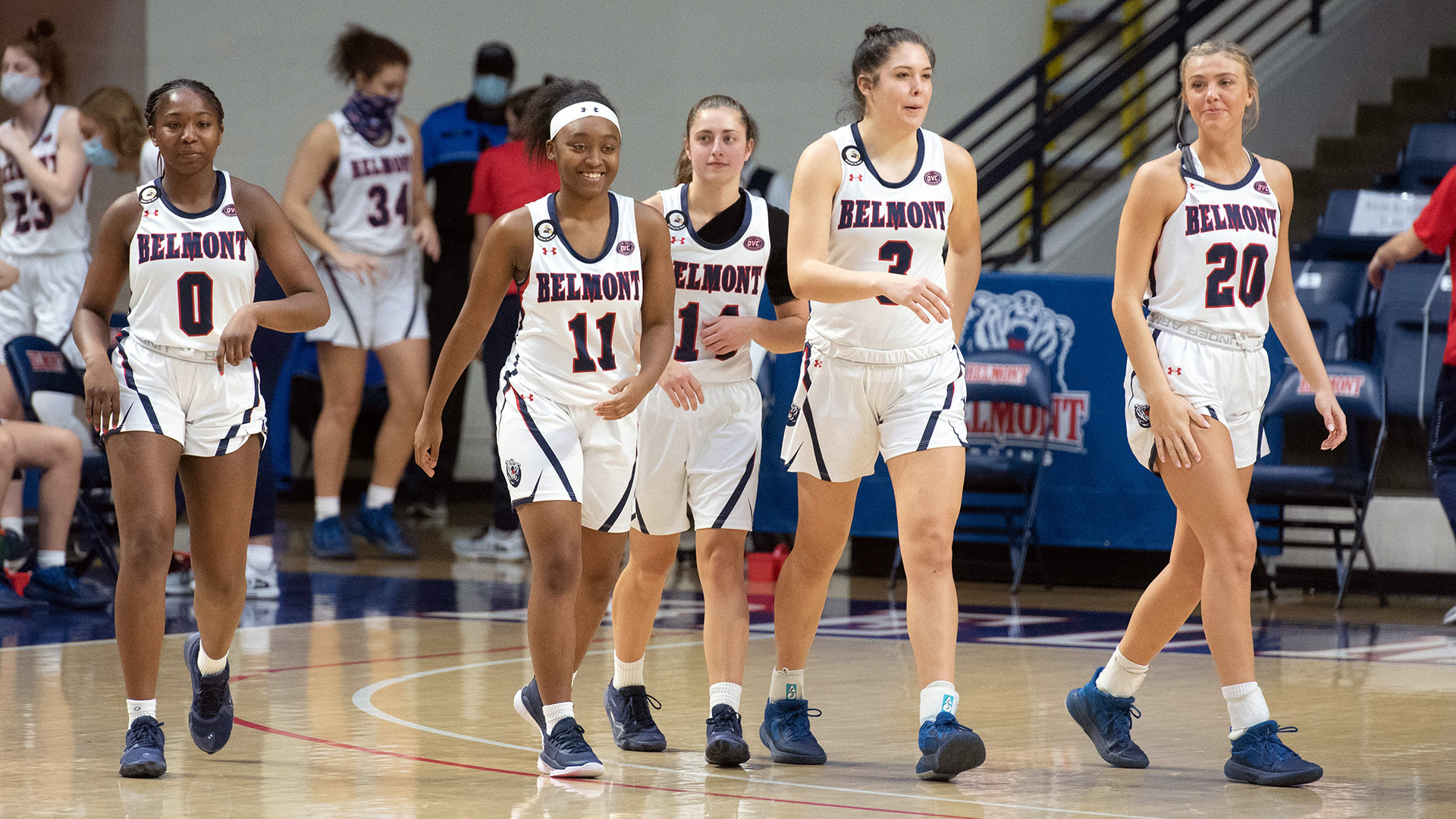 The Belmont women’s basketball team has released its 2021-22 season schedule which includes match-ups with Louisville, UCF, and Arkansas along with other Power Five schools.

The Bruins are coming off one of their most successful seasons ever, winning another Ohio Valley Conference Tournament title and then winning their first ever NCAA Tournament game against Gonzaga 64-59 in the Round of 64. This season, the Bruins have a difficult 11-game non-conference stretch comprised of six postseason teams from last year.

Four different teams who appear on Belmont’s non-conference schedule were either ranked or receiving votes in the final Associated Press Top 25 poll of the year which include No. 8 Louisville, No. 15 Arkansas, Georgia Teach and UCF.

“This year will be our most challenging non-conference schedule since I’ve been at Belmont, and I love that our players and program will have the opportunity to compete against some of the nation’s best players and coaches,” says head coach Bart Brooks. “I’m so grateful to have an administration and leadership at Belmont who are supportive of this challenging schedule. Every player who is on our roster came to Belmont to play in these kinds of games, and I’m excited by our growth and effort as we prepare to compete at the highest level this season.”

Belmont kicks off its season on Nov. 9 with a three-game road trip at Chattanooga, Ole Miss (Nov. 11) and Georgia Tech (Nov. 14). Belmont then hosts Alabama A&M for its home opener Thursday, Nov. 18 before returning to non-conference road action at UCF (Nov. 21) and Arkansas (Nov. 28), both 2021 NCAA Tournament participants.

The Battle of the Boulevard returns after a one-year hiatus and will take place on Dec. 2 at the Curb Event Center, Belmont having won 11 consecutive games against the Bisons. The Bruins’ will face one of the most difficult opponents of the season, playing at reigning Atlantic Coast Conference regular season champion Louisville on Dec. 5.

The Bruins will host a Power Five opponent for the first time since Dec. 12, 2013, as they take on the SEC’s Auburn on Dec. 15, making it the third SEC team Belmont will face. The game with the Tigers will be the first of Belmont’s lone three-game homestand of the year, which will be followed by a matchup with Middle Tennessee on Dec. 19 and WKU (Dec. 22) to wrap up non-conference play.

The Lady Bruins will return with nine letter winners and its entire starting lineup from 2020-21, including All-OVC First Team performers senior Conley Chinn and 2021 OVC Freshman of the Year Destinee Wells. Brooks, the third-fastest head coach to earn 100 career victories in NCAA Division I women’s basketball and 2020-21 Tennessee Sports Writers Association (TSWA) Coach of the Year, will enter his fifth season leading Belmont.