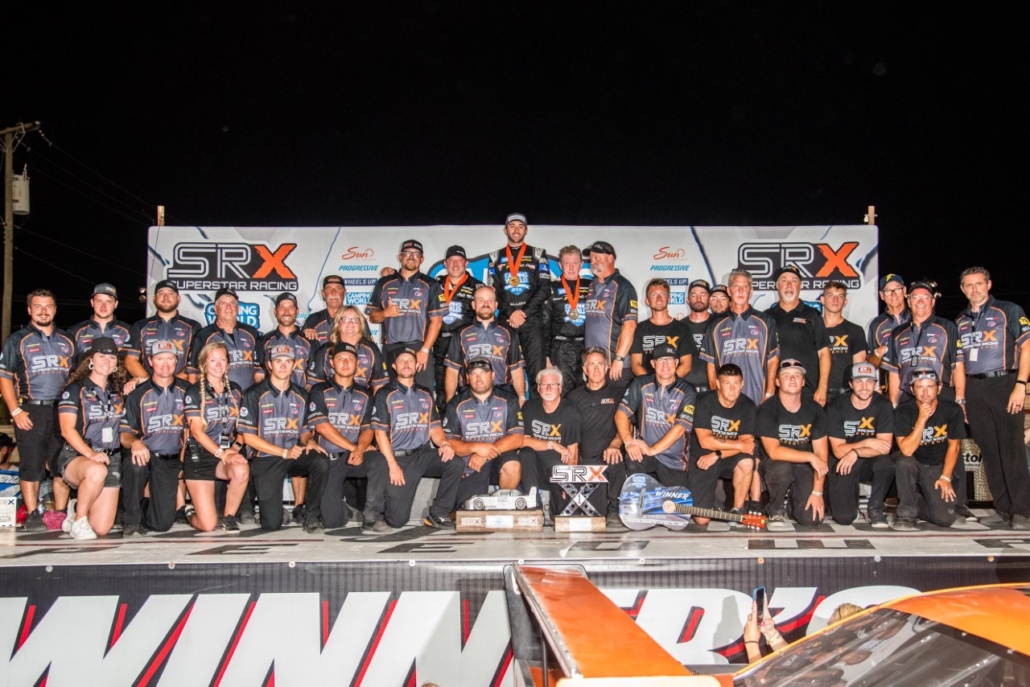 This is Elliott’s first race and win at the Fairgrounds since he took home the guitar trophy back in 2013. The race marked his second opportunity to compete with his father who was crowned the 1988 NASCAR Cup champion. Bill won the first heat with Chase coming in second, but after 70 laps and some close racing, it was the 24-year-old Elliott who won it all.

“How could you ask for more than to finish between two Elliotts?” said Stewart. “That’s pretty badass in itself, and we really appreciate NASCAR and Hendrick Motorsports for letting Chase come run with us. It means a lot to us, and it means a lot to Bill.”

Chase Elliott expressed his excitement about racing with his dad and his desire to return to the Fairgrounds Speedway in a pre-race interview. “I’m checking off two boxes this weekend,” Chase explained. “Being able to race with dad and being back at the Nashville Fairgrounds, I hope this is a sign of great things to come.”

In June, NASCAR made its return to the Nashville Superspeedway after 37 years of not racing in the city. NASCAR has not been to Nashville’s fairgrounds since 1984.