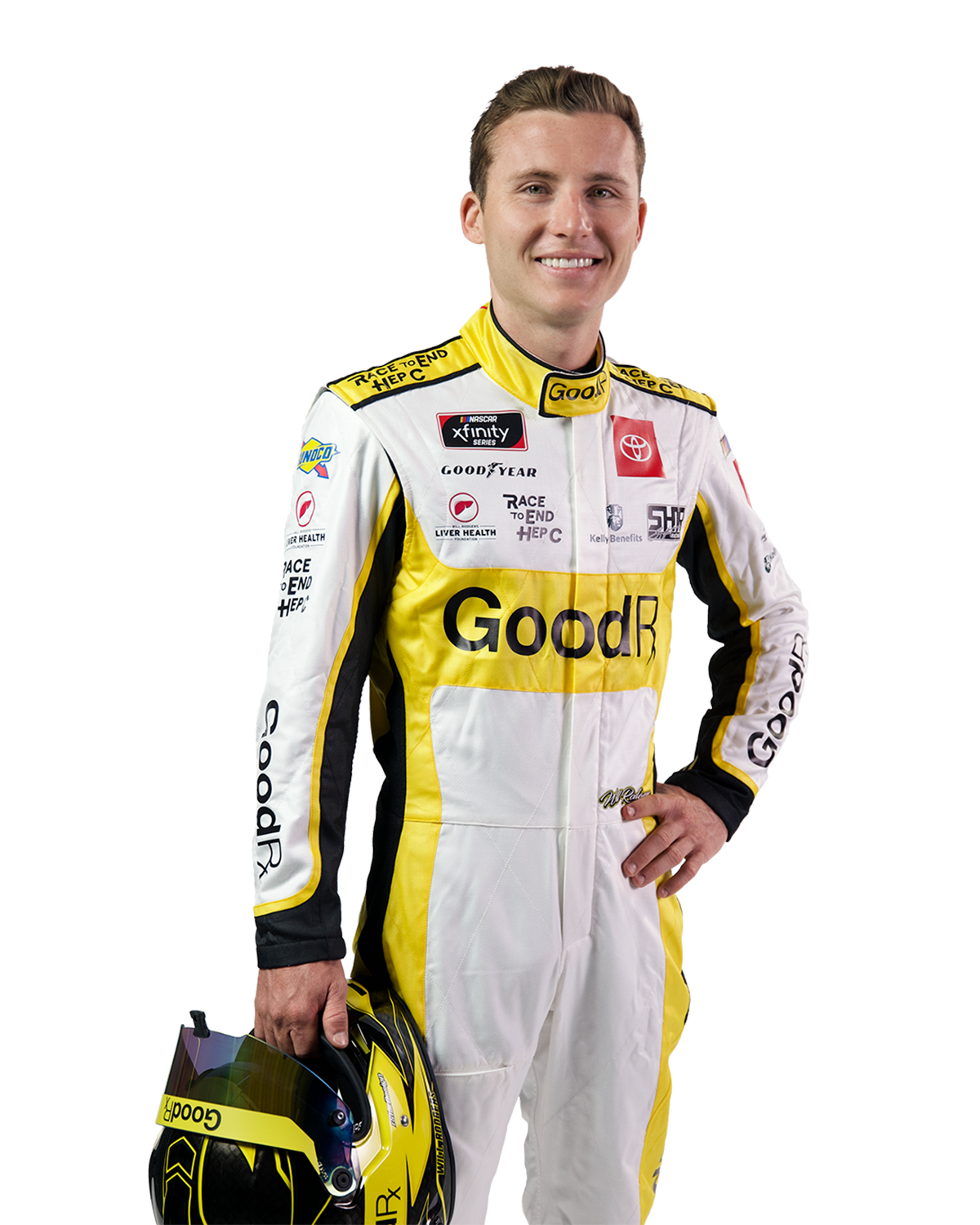 Driver Will Rodgers will drive for Sam Hunt Racing’s (SHR) No. 26 Toyota Supra in the Nascar Xfinity Series starting in Nashville on Saturday, June 19. The race will also mark the first Xfinity Series race at the 1.33-mile Nashville Superspeedway since 2011. Note: Sam Hunt Racing (SHR) is not related to country artist Sam Hunt.

“I’m thrilled to be aligning with Sam Hunt Racing for our multi-race schedule in the NASCAR Xfinity Series this year,” says Rodgers. “Sam’s program has really exceeded my expectations and, with the support from Toyota, has proven to be a great place for development drivers like myself. The tracks we’ve selected should help with my personal growth and also play to my strong suits–including road course racing. Sam is a self-made, hard-working guy doing all he can to succeed in this industry. We understand each other well, and it serves as motivation to perform at our best on and off the track. I’m looking forward to seeing where this relationship takes us in the future.”

Sam Hunt, the 27-year-old team owner of SHR, is looking forward to adding another young talent and partnership to the team roster this season, alongside John Hunter Nemechek, Santino Ferrucci, Brandon Gdovic, Kris Wright and Colin Garrett. The average age of drivers on the growing team is 24 years old.

“Will coming on board further exemplifies the growth that our team is experiencing,” says Hunt. “Will’s attitude and demeanor is something I’ve always been a fan of. He finds his sponsors himself and understands the grind and financial sacrifice that comes along with this sport, yet always carries a positive attitude. His positive attitude will be a large part of his success.”

Rodgers, who is NASCAR’s only active driver from Hawaii, was diagnosed with a chronic liver disease, Primary Sclerosing Cholangitis (PSC), at the age of three. Rodgers has since lived healthy with PSC and is on a lifelong mission to use his platform as a professional athlete to help in the fight to eliminate liver diseases for both himself and others around the world. As part of this effort, he has established the Will Rodgers Liver Health Foundation and a brand new philanthropic campaign to raise awareness for HCV called Race to End Hep C.

“A major element of the Race to End Hep C initiative is the at-track and in-community activation space,” Rodgers says. “It’s important to reach the communities affected by Hep C in-person to communicate the importance of education, testing, and treatment. Together, with our supporting partners, we’ll be providing a step-by-step process for any individuals wanting to learn more about Hep C and how we’re racing to end it.”

Rodgers’ additional races will be announced at a later time.