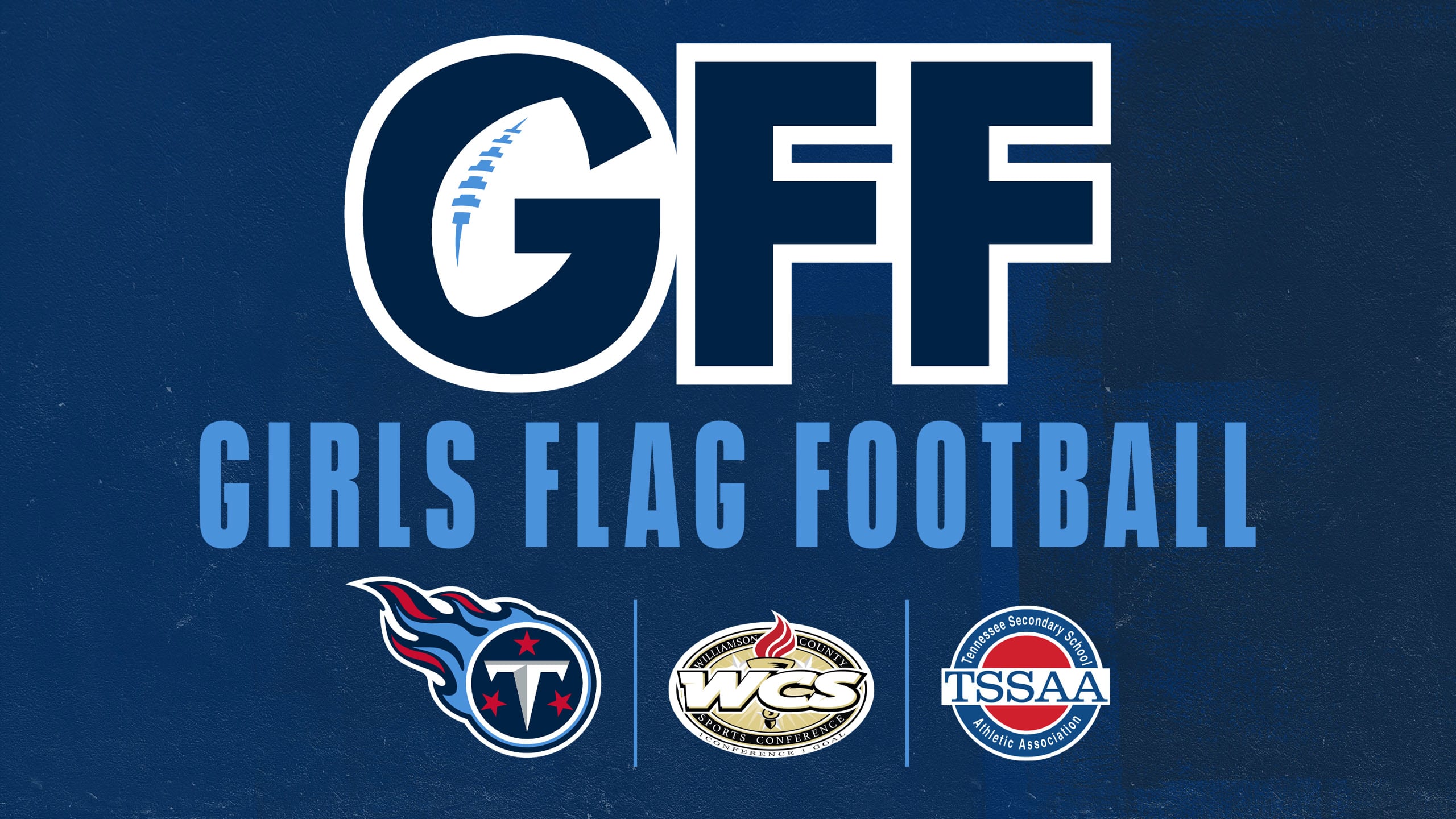 The Tennessee Titans and Williamson County Sports Conference are partnering to form the first-ever interscholastic girls flag football league in the state of Tennessee.

The sport will be offered to female high school students in Williamson County’s nine public schools in the spring of 2022. Teams will play each other once throughout a six-week, eight-game season beginning in March. All nine teams will qualify for the league championship, tentatively scheduled to occur at Nissan Stadium in May.

“We are excited about partnering with the Tennessee Titans and offering another athletic option for the young women in Williamson County Schools,” says Darrin Joines, District Athletic Director, Williamson County Schools. “Girls Flag Football is a growing sport across the country, with many states already sanctioning the sport through their high school athletic associations. Piloting the program in WCS will allow TSSAA to gauge interest in the sport. We are honored to serve as the pilot district for Tennessee and look forward to making Girls Flag Football a part of our high school athletic programs during the 2021-22 school year.”

The league will begin in partnership with the Tennessee Secondary School Athletic Association (TSSAA) with the potential to expand to other counties as an official TSSAA-sanctioned sport in future years. TSSAA will advise in the area of game officials, championship planning, tournament format, rules interpretations, and any other areas that may be helpful in setting a framework for Girls’ Flag Football to grow in Tennessee. NFL FLAG, which has led efforts to expand women’s flag football across the U.S. at the youth, high school, and collegiate levels, will also partner with the program to provide training and guidance.

“TSSAA is grateful for the commitment of the Tennessee Titans and Williamson County schools for providing this opportunity for young women,” says Bernard Childress, TSSAA Executive Director. “Girls Flag Football is quickly becoming popular in the Southeast and across the country. We look forward to this partnership as we work together to expand participation opportunities for students in Tennessee.”

“I’d like to extend a huge thank you to Williamson County and the TSSAA for helping us bring this vision to life,” says Titans Sr. Vice President, Chief Marketing & Revenue Officer Gil Beverly. “Creating more opportunities for young women in our state to grow their passion for football is a huge priority of ours and we’re thrilled to take a big step forward with this partnership.”

The Titans have a long-standing commitment to developing youth football across its region. Throughout the season, the team honors High School Coach of the Week and Coach of the Year recipients and hosts the Tennessee Titans Mr. Football Awards every fall. Recently, the team awarded over $350,000 in grants to youth football organizations across the state.