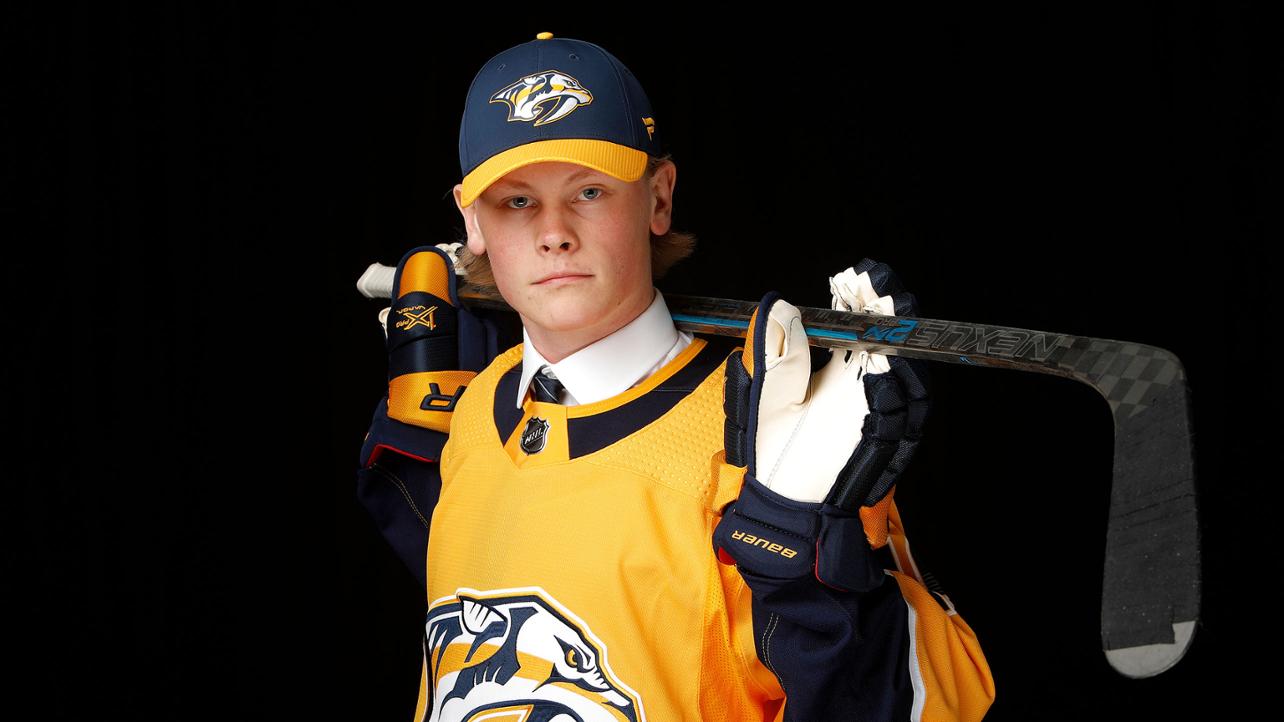 The 20-year-old forward has just completed his second full season in the Finnish Liiga with Turun Palloseura (TPS) helping lead the team to the Liiga Final.

The young hockey player began the season as a 19-year-old, serving as an alternate captain for TPS and went on to skate in a career-high 55 games, posting 42 points (8 goals/34 assists), the second-most on his team.

Among all Liiga skaters, the 6-foot-3, 198-pound center was fifth in assists (34) and tied for 11th in points; he topped all U-21 players in the league in points and assists and was tied for eighth in goals (8). During his team’s 13-game run to the Liiga Final, Parssinen’s seven assists and eight points tied for second and tied for fourth, respectively, out of all skaters.

The Hämeenlinna, Finland, native also represented his country in the 2021 World Junior Championship in Edmonton, where he took home a bronze medal. He finished the tournament with four points (2g-2a), tied for the fifth-most among all Finnish skaters.

Originally drafted by the Predators in the seventh round (210th overall) of the 2019 NHL Draft, Parssinen has skated in 93 career Liiga games since making his pro debut in 2018-19, posting 55 points (14 goals/41 assists). He’s spent his entire hockey career within the TPS system and played three seasons with its U-20 side from 2017-20, serving as an assistant captain twice.