Vanderbilt’s Taiya Shelby To Participate In The NCAA Championships 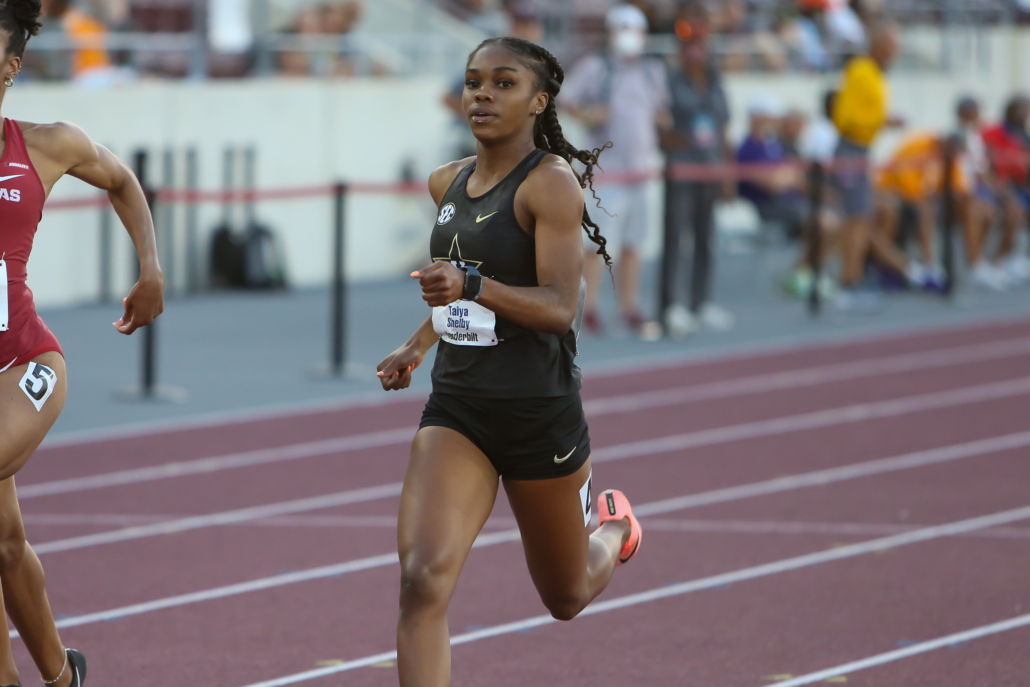 Shelby will race in lane two of the second heat in the NCAA semifinals of the 400 meters at 7 p.m. CST on Thursday, June 10, on ESPN2. The top two from each of the three heats and the next three best times will qualify for the finals at 6:02 p.m. on Saturday, June 12.

In the NCAA East Regionals in Jacksonville quarterfinals, Shelby became the second Commodore in school history and first in 24 years to break 52 seconds in the 400 meters. The top three in each heat automatically advanced to the semifinals and Shelby was fourth, but with the second-fastest finish in school history at 51.84, she punched her ticket to the national meet with one of the three best at-large times—ranking ninth overall among the field of 24.

Shelby, a Kansas City, Missouri native, is earning a double major in economics and medicine, health and society. She was a 2020 USTFCCCA All-Academic honoree and a school record holder in the 4×100 relay. She also ranks second in school history in four other events and, in all, ranks among Vanderbilt’s all-time top 10 in 11 different events. 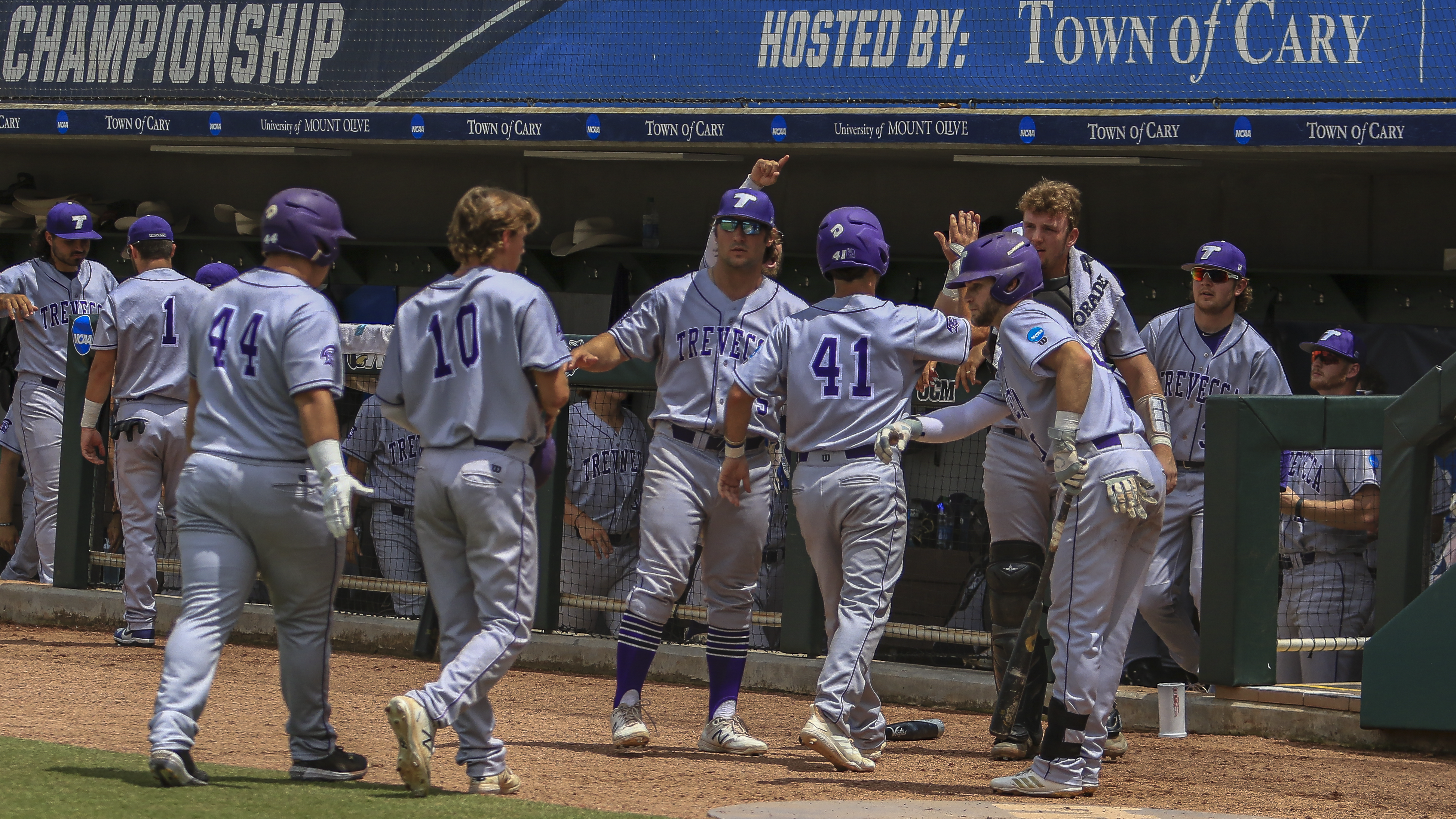 Trevecca advanced to the 2021 NCAA Division II Midwest Region which was their first trip to region play in the NCAA Era. The Trojans won the region, going 4-1 at Lou Brock Sports Complex in St. Charles, Missouri.

The Trojans entered the region championship on an 11-game win streak but Davenport University upended the Trojans 6-2. This forced an if-necessary game which the Trojans won 11-9 for the championship and their trip to Cary. 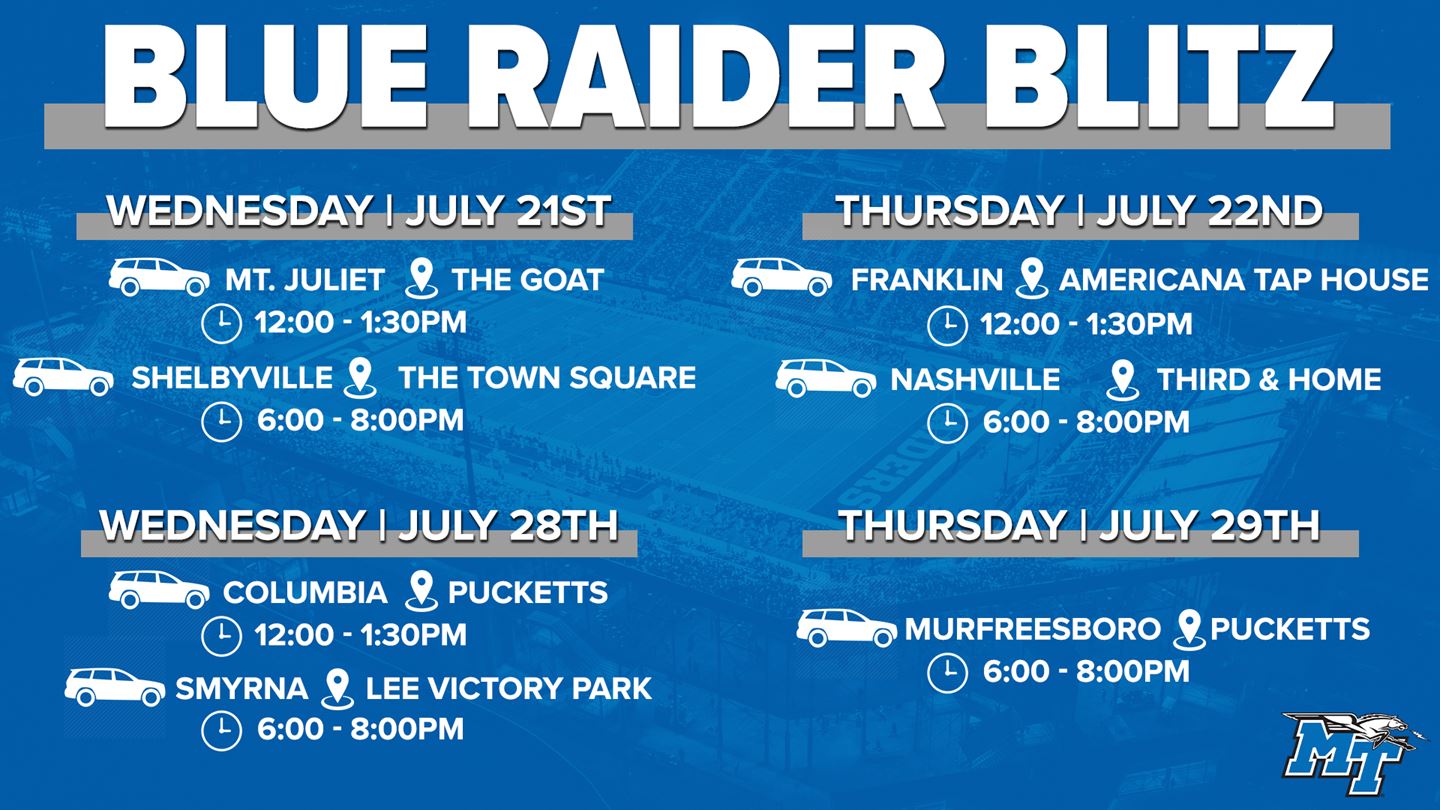 Middle Tennessee State University’s 2021 Blue Raider Blitz is set for this July with events starting on July 21 until July 29.

Fans and alumni will have a chance to meet and hangout with head coach Rick Stockstill and some of his coaching staff which include Nick McDevitt, Jim Toman, Tayo Bailey-Duvall, Jimmy Borendame, football coordinators Scott Shafer and Brent Dearmon, and others.

The Blitz will include seven stops in Middle Tennessee cities over four days in Murfreesboro, Mt. Juliet, Shelbyville, Franklin, Nashville, Columbia and Smyrna. Posters for 2021 and promotional items will be available, and tickets and other items will be given away to some lucky fans. Ticket representatives will also be on hand to answer any questions about season and single-game tickets for the upcoming season.