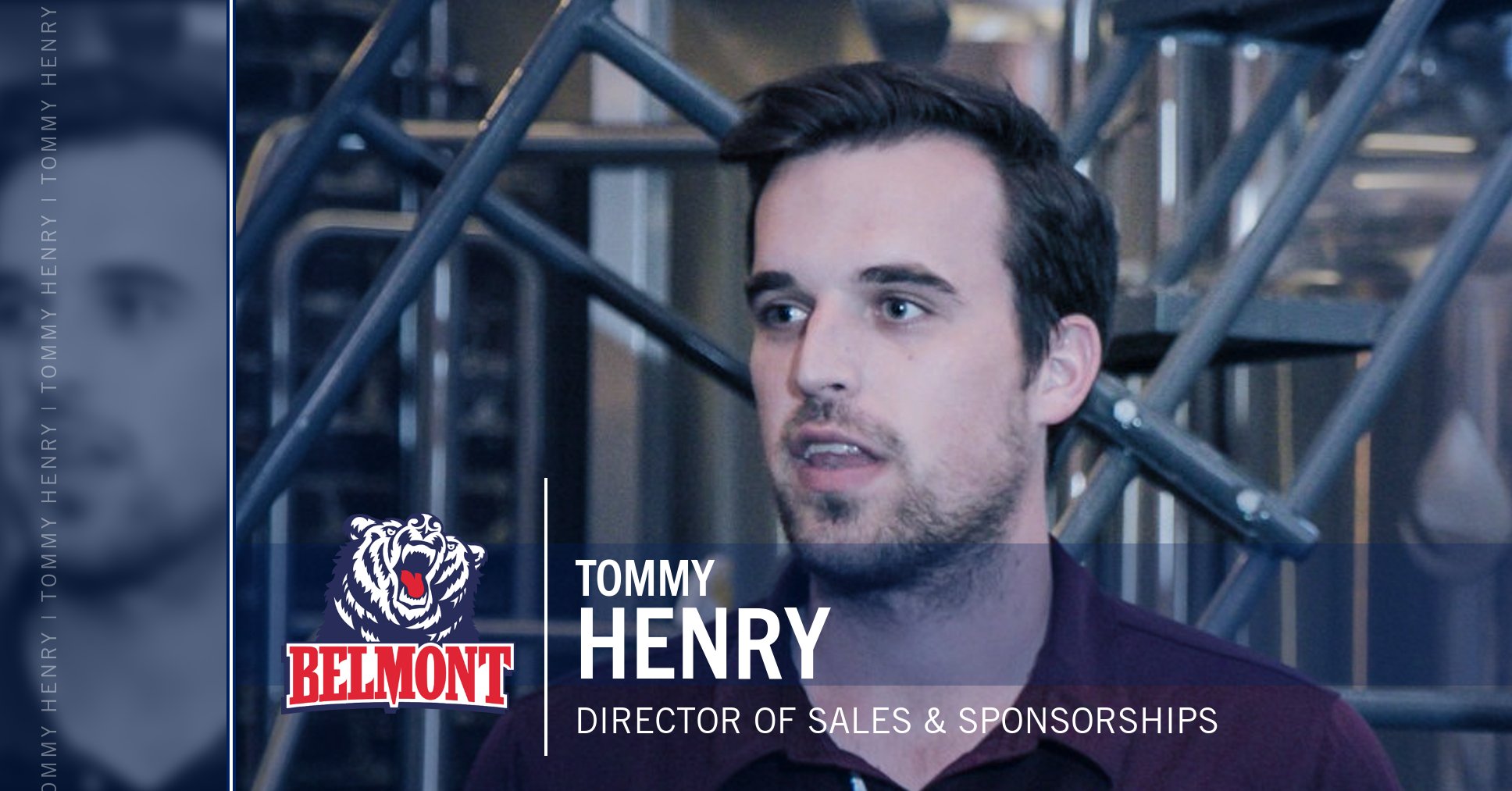 Belmont University has announced the hire of Tommy Henry to the position of Director of Sales & Sponsorships.

Henry has also worked as assistant director of admissions at Belmont Abbey University and as a group and corporate sales representative for the Charlotte Knights, the Triple-A affiliate of the Chicago White Sox. He also worked as sales director for the Washington Football Team.