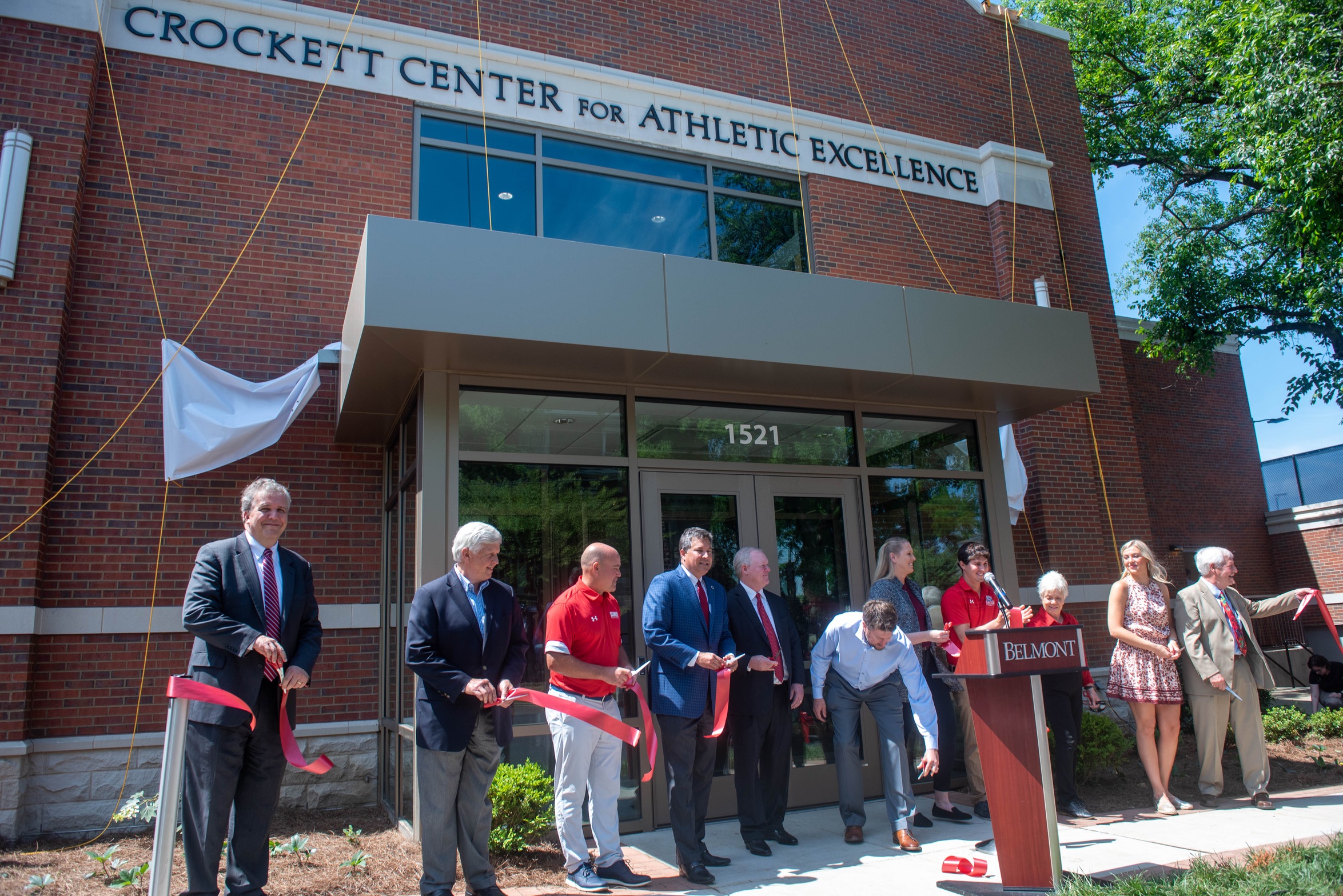 Members of the Belmont Board of Trustees joining Belmont Athletic Director Scott Corley, University President Bob Fisher with his wife Judy and the head coaches of men’s and women’s basketball teams, tennis team and volleyball team. Photo: By Sam Simpkins/Courtesy of Belmont University

Belmont University has officially opened its new practice facility on Thursday, May 27, now named the Crockett Center for Athletic Excellence, with a ribbon-cutting ceremony and celebration.

“This is a historic day for our University and athletic program,” Fisher says. “The Crockett Center for Athletic Excellence serves as a magnificent centerpiece to bridge the proud history and exciting future of Belmont Athletics. Dan is a visionary who understands and values how college athletics can shape a young person’s character and empower them with the drive, persistence and discipline needed to succeed in any chosen career. I am so honored and grateful for Dan’s continued generosity to Belmont, this being the latest example in providing student-athletes resources to thrive academically, athletically and spiritually.” 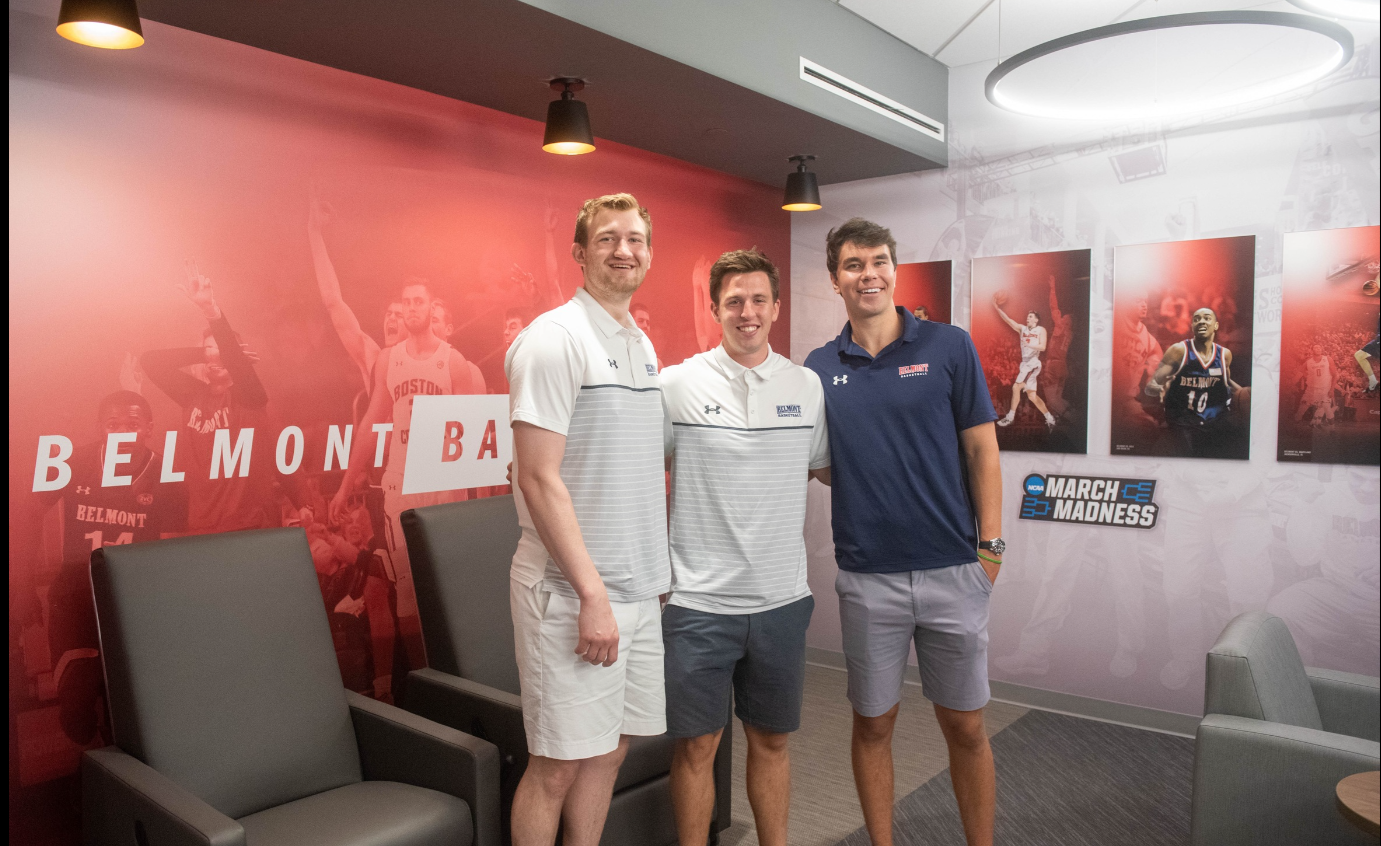 The Center, named for local businessman and former owner of Franklin American Mortgage Dan Crockett, connects to the University’s recently-opened tennis facility and serves as the latest example of Belmont’s meteoric rise within NCAA Division I athletics. 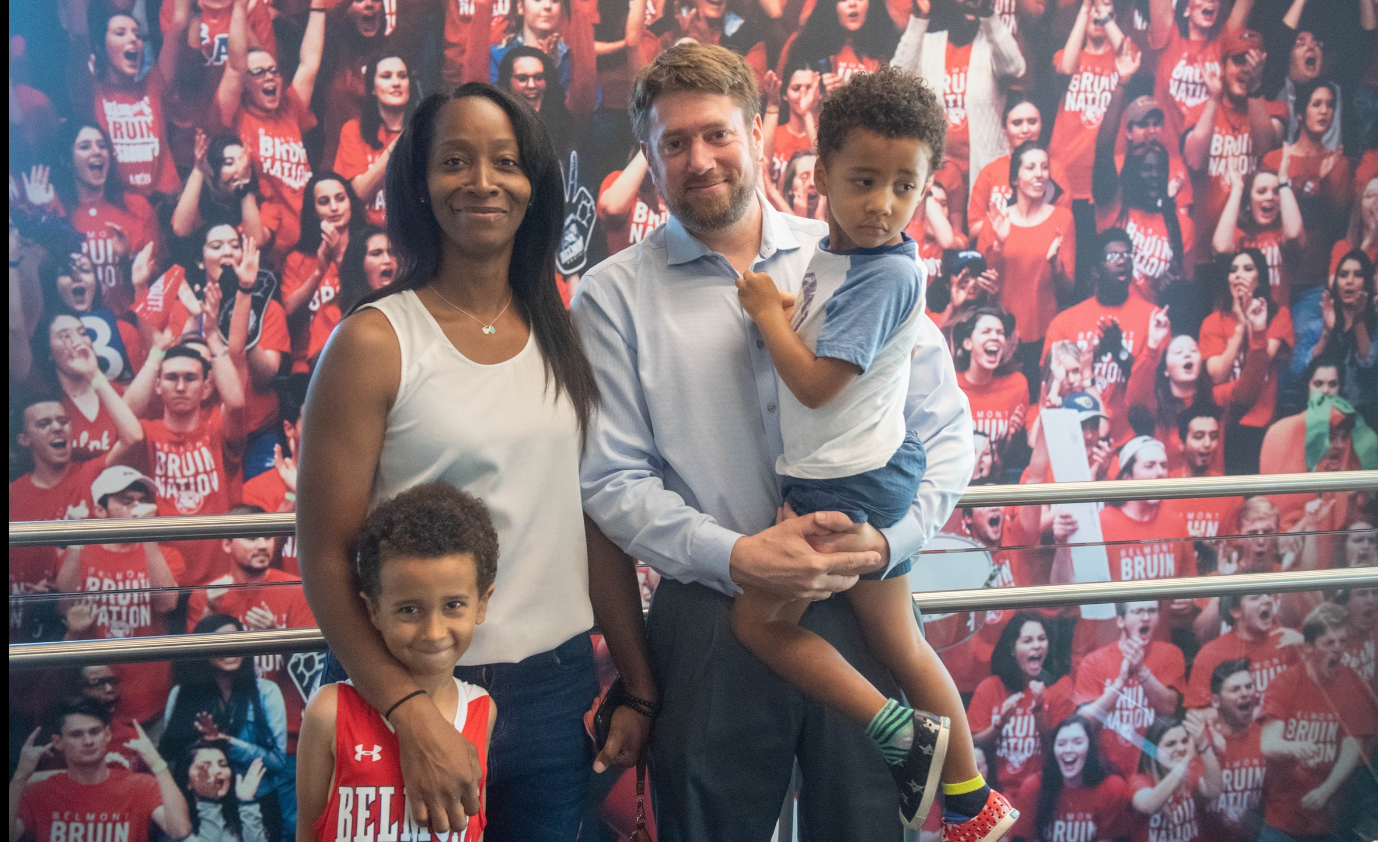 “This is an incredibly special day for me since Dan has been a good friend since we were 13 years old playing baseball on the same Little League team,” says Corley. “Whether in sports or business, he developed a culture that promoted a team-first mentality while pursuing excellence in every detail, which I’m proud to say are also hallmarks of Belmont’s Athletics programs. Having his name on the Crockett Center for Athletic Excellence will remind our student-athletes on a daily basis of our continued commitments to these tenets.”

After being a successful two-sport athlete in football and baseball at Lambuth University, Crockett graduated and began a business career at a small, struggling mortgage broker in Brentwood, Tennessee. In 1994, the firm’s owners gave Crockett the opportunity to purchase the company. At 26, he became a business owner, immediately changing the name to Franklin American Mortgage and establishing a vision to become a Top 20 lender. In 2018, Franklin American sold to Citizens Financial Group. A former member of Belmont’s Board of Trustees, one of Crockett’s daughters is a rising sophomore at Belmont. 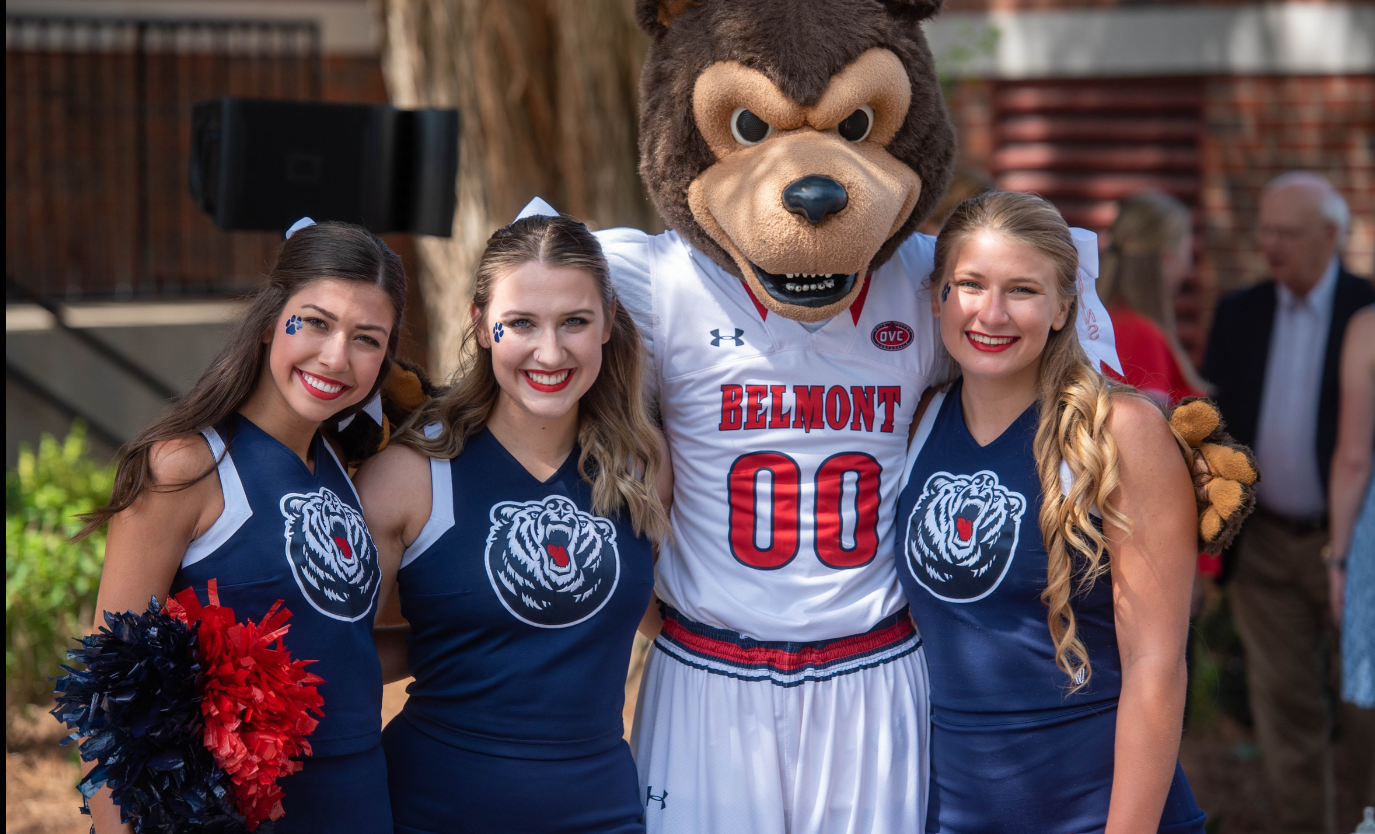 “Belmont is a visionary place in its mission to reach young people from all walks of life, not only in the United States but abroad as well,” Crockett says. “The University has grown into a larger institution but still connects on a personal level with its students, and athletics is a means to that end. Athletics teach so much to young people – tenacity, resilience, teamwork, leadership, accountability, respect, patience, and discipline, to name a few. Inspiring our youth with the powerful opportunity of athletics is among one of the many things for which I am passionate, and I truly believe the qualities learned help prepare these young men and women for the opportunities that life will bring post-education.”

This new facility comes months after the opening of the new Tennis Courts and parking garage which is directly next to the Crockett Center for Athletic Excellence.

Pictures of the event can be found on the Belmont Bruins website.