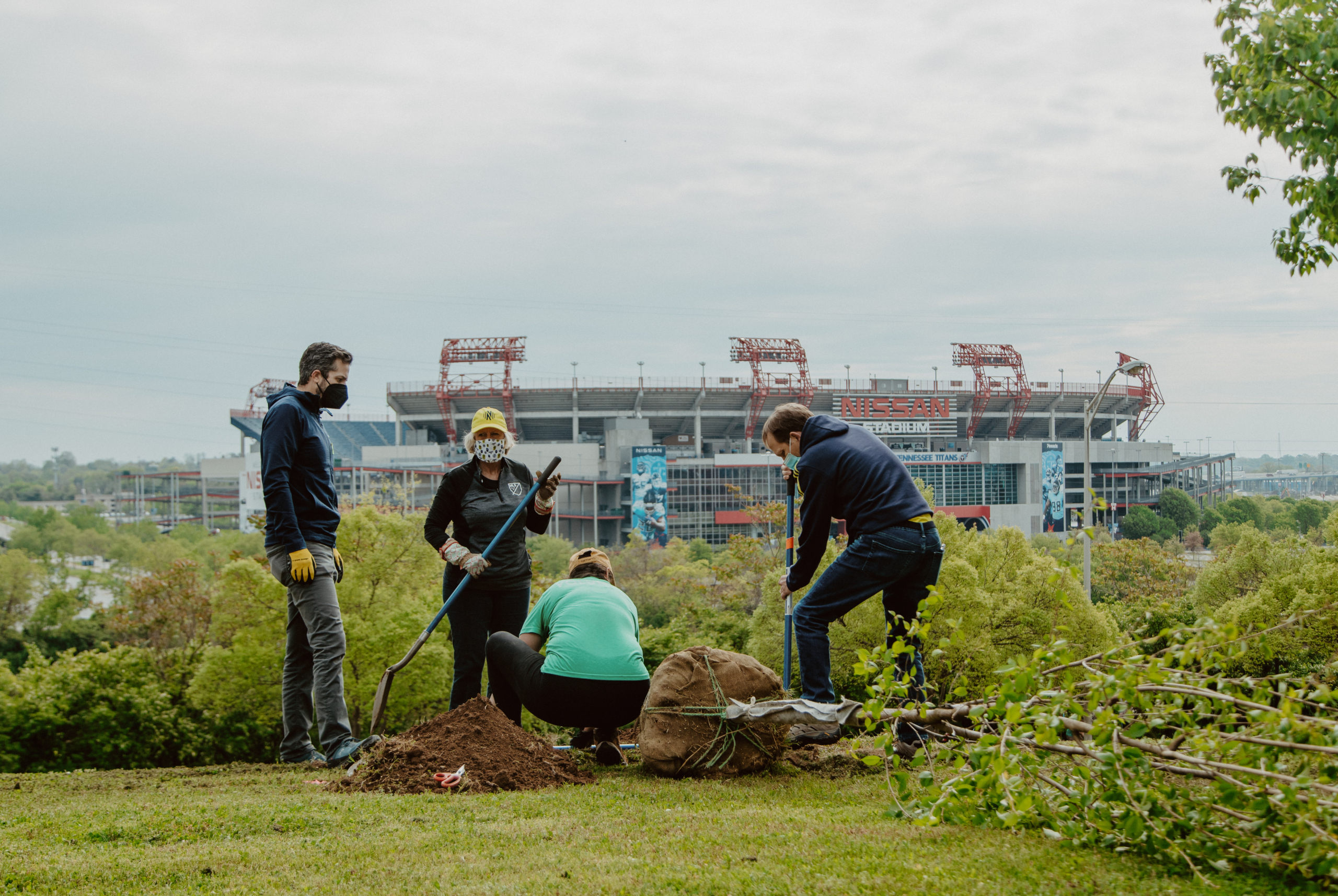 Nashville Soccer Club hosted their second annual Road To Opening Match Day of Service planting over 50 trees in an effort to give back to the community.

Club Majority Owner John Ingram was joined by CEO Ian Ayre, staff, supporters, and members of the local community, including District 19 Metro Council Member Freddie O’Connell, to plant trees along the Cumberland River near First Ave. The event took place on Saturday, April 17 ahead of the club’s opening match against FC Cincinnati at Nissan Stadium.

“There’s something about planting a tree that signifies newness and something that’s a new birth,” says Nashville SC Senior Director of Community Engagement Brandon Hill. “That’s how we feel about the start of our season. It’s a really cool moment to start off at the beginning of an amazing season with a tree planting event.”

The Day of Service is part of MLS Works Greener Goals initiative and Major League Soccer’s commitment to reduce its carbon footprint by planting 27,000 trees to balance out the carbon emissions associated with league and club travel. The event was held in conjunction with the Nashville Tree Foundation and in support of Root Nashville, a city-wide initiative that aims to plant 500,000 trees across Davidson County by the year 2050.

“On the anniversary of the tornado, the one event that was most meaningful to me was getting to plant a tree with the Tennessee Parks Conservancy, which was starting a new tree planting program,” says O’Connell. “To have another opportunity today with the sun shining right above the Cumberland River, right in the heart of District 19 is great. We’ve already seen that Nashville SC can win on the field, and it’s awesome to see investment in the community alongside that. So, it’s great to be a part of that.”