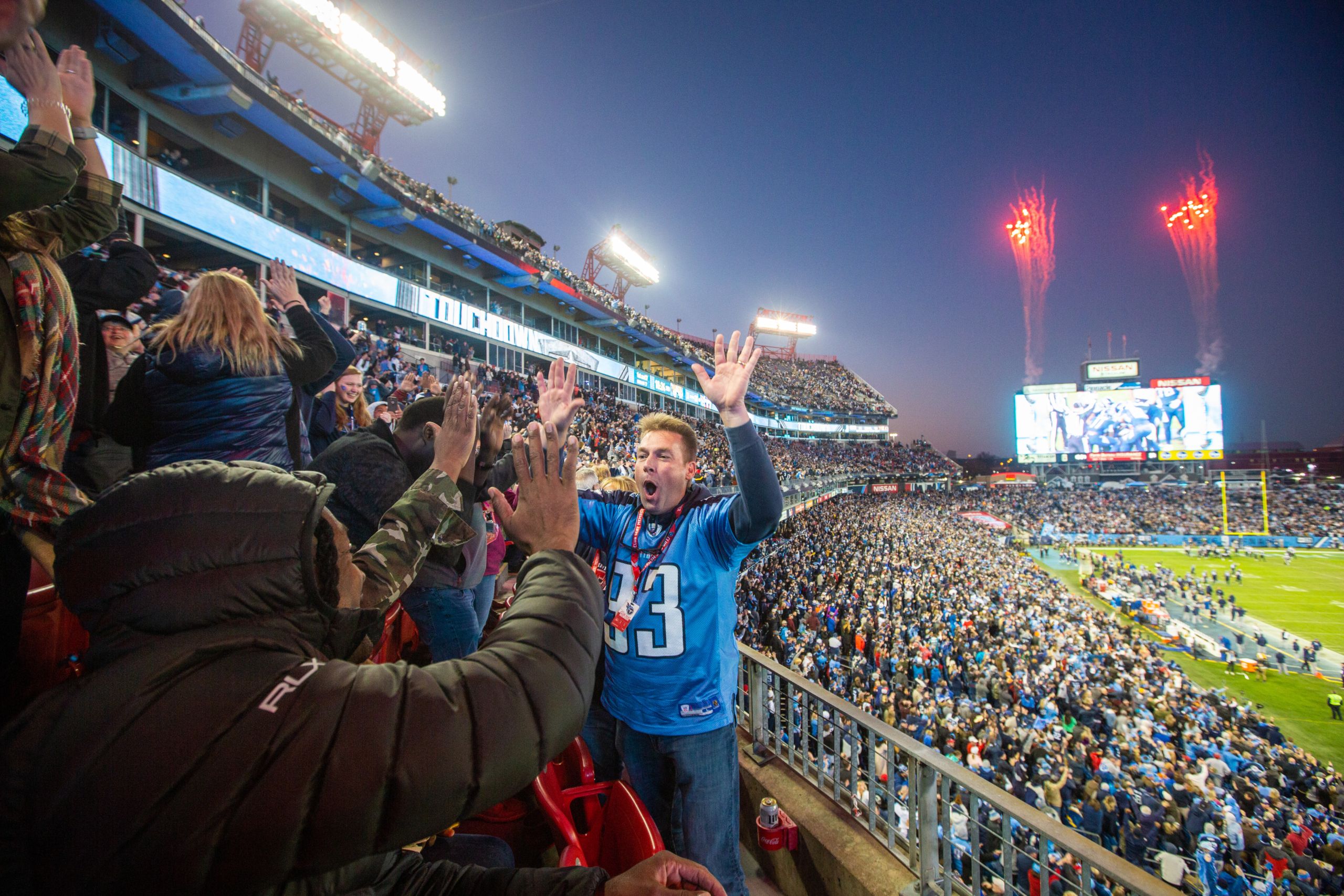 The Tennessee Titans walked away from the 2021 NFL Draft with eight new players, five of which are additions to the teams’ defense.

The Titans first pick was cornerback Caleb Farley with the 22nd overall pick. The Virginia Tech junior had a great 2019 season with 20 tackles and six interceptions. He led the ACC with 16 passes defended as a sophomore, garnering first-team All-ACC accolades despite missing the final two games due to injury.

Farley’s selection set a tone for the Titans entire draft, signaling that they’d focus on defense. With the teams second pick, 53rd overall, the Titans selected offensive tackle Dillon Radunz from North Dakota State. Radunz adds to an already solid offensive line, but after a season with some injuries, will offer some security on the line.

The Titans additions on offense with receivers Fitzpatrick and McMath address large holes left by the departing of Corey Davis, now with the Jets, Adam Humphries, now with the Washington Football Team, and Jonnu Smith who is now with the Patriots.

These rookies will report to Titans training camp on July 21. 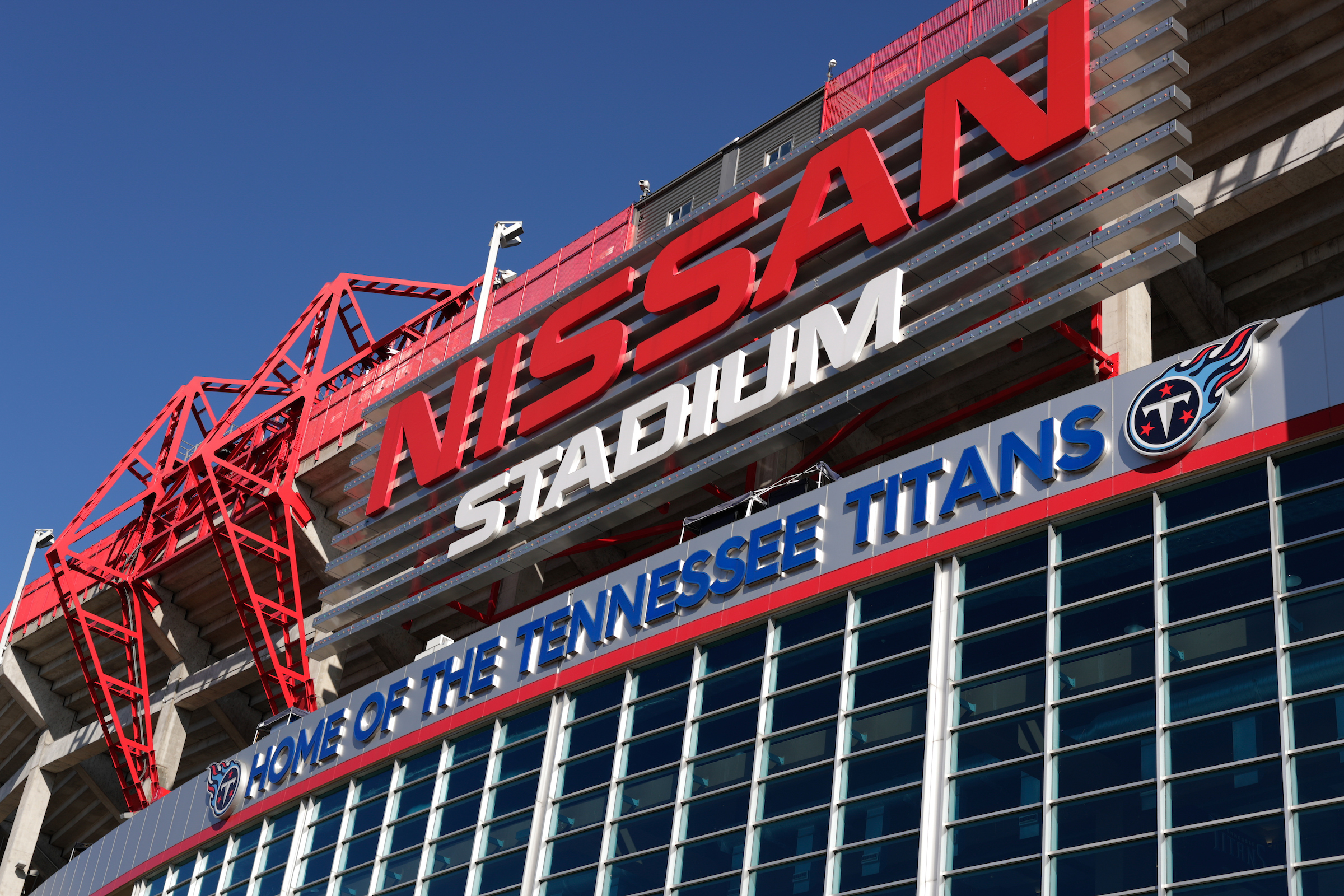 Nissan Stadium will being transitioning into a cashless payment facility, expecting to allow faster payment transactions and commit to a more contactless experience through its Safe Stadium Plan.

The rollout of this new cashless system began earlier this month at the Nashville Soccer Club’s opening match on April 17.

Fans can expect all sporting, concert, and other event purchases from ticketing, parking, merchandise, and concessions to be completely cashless. The move is in-line with many arena’s across the country including 20 NFL stadiums.

Payment methods that will be accepted are credit or debit cards, gift cards, and mobile payment services such as Apple Pay, Google Pay, and Samsung Pay. Fans who arrive with cash only will be directed to Ticket Resolution windows near Sections 108, 309 and 338, where they can purchase a gift card with cash. 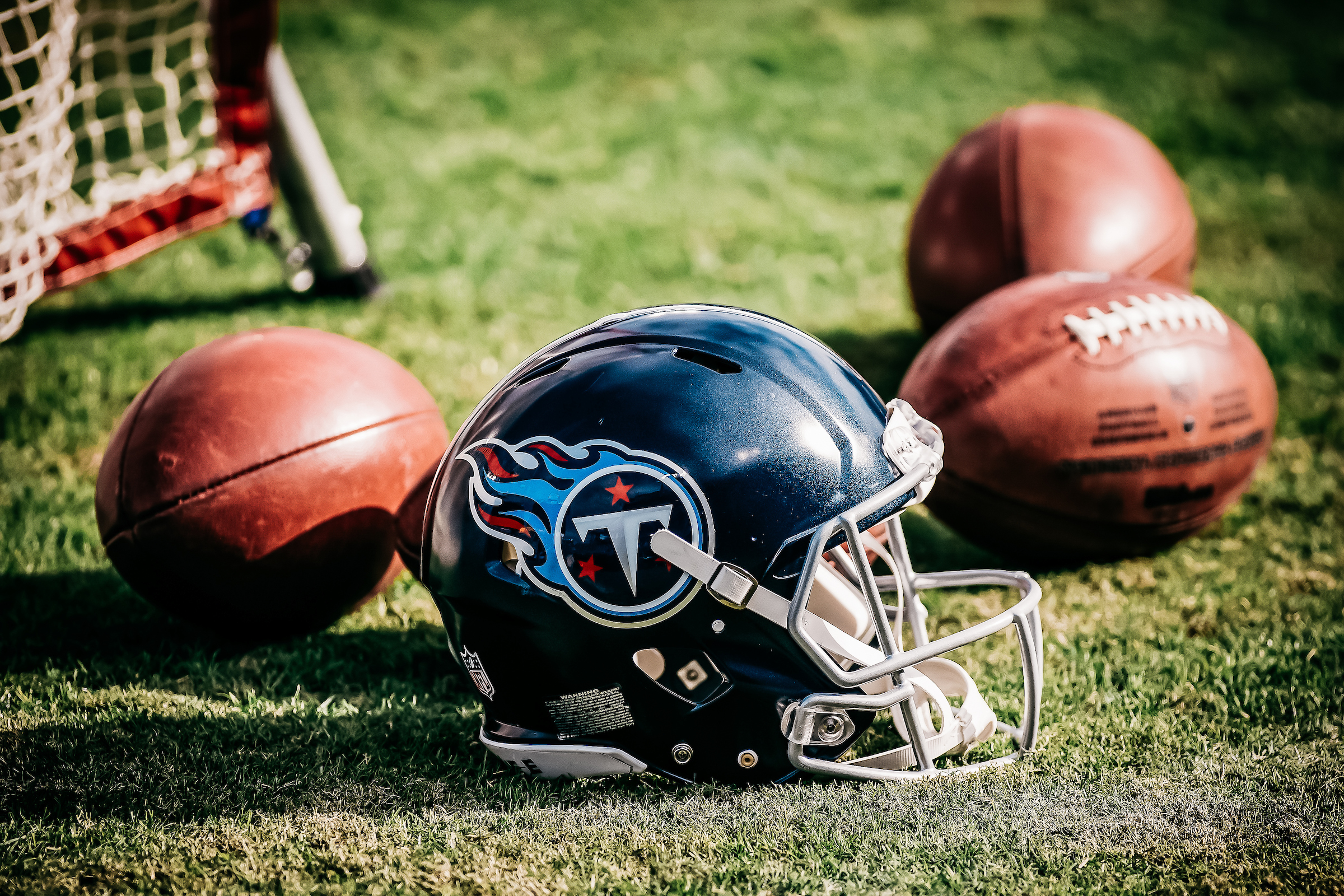 The Tennessee Titans have selected cornerback Caleb Farley from Virginia Tech with the 22nd pick in the first round of the 2021 NFL Draft.

The junior had a stellar 2019 season with 20 tackles and six interceptions. He led the ACC with 16 passes defended as a sophomore, garnering first-team All-ACC accolades despite missing the final two games due to injury. The Hickory, North Carolina, native stands at 6 foot 2 and weighs 207 lbs.

Farley didn’t play in the 2020 season due to the pandemic.

The second round of the NFL Draft will be at 6 p.m. CT on ESPN and the Titans will have the 21 pick. 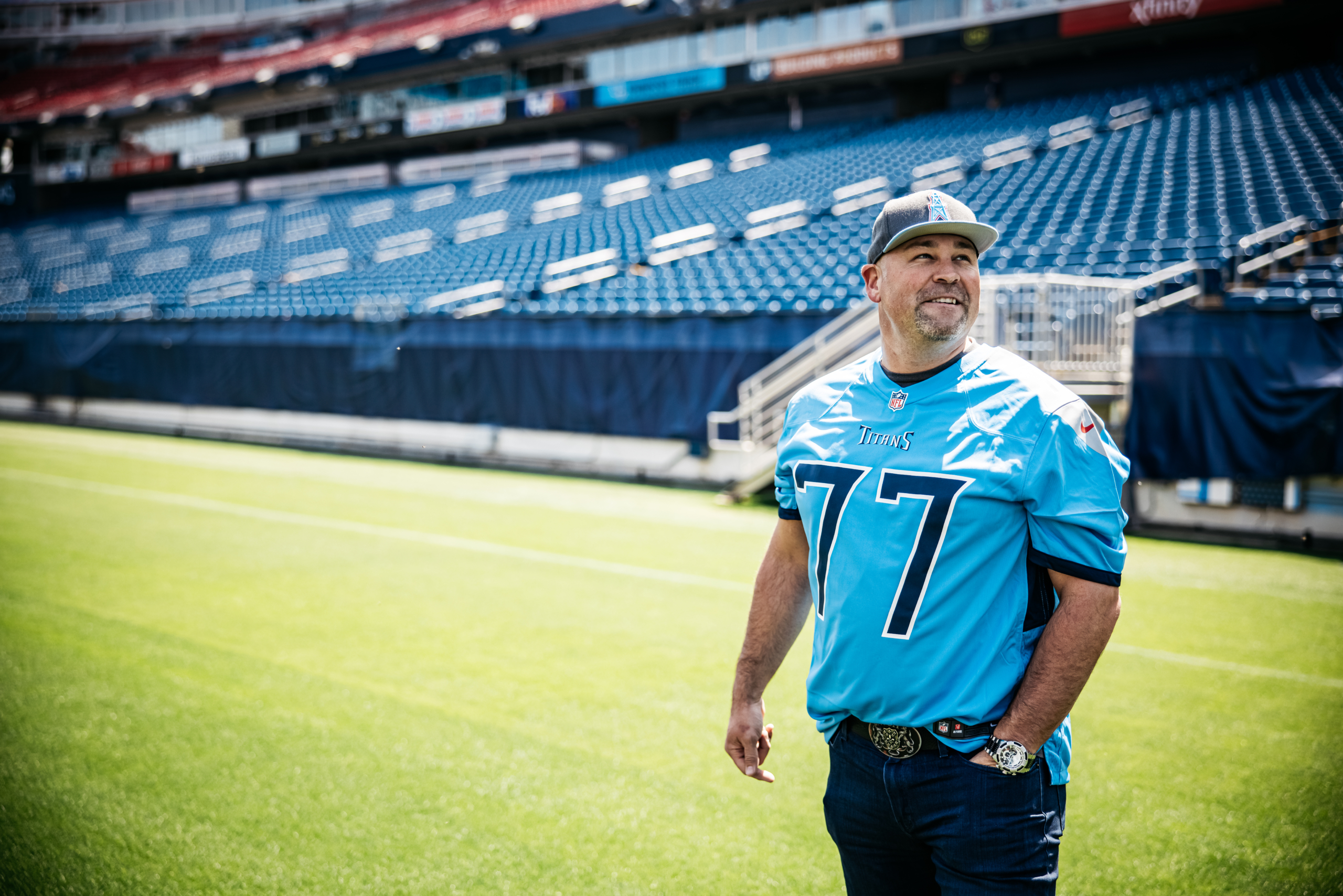 The Tennessee Titans have officially announced that Matt Rogers will be the teams new public address announcer.

Rogers was one of almost 200 candidates who applied for the position. He was also one of six finalists who were invited to audition at Nissan Stadium. Rogers was selected as the winner after a fan vote online and input from Titans leadership.

“I can not begin to express my gratitude to the Titans organization for trusting me with such an honor,” says Rogers. “I am beyond grateful to my family, friends and fans who have supported me. I am honored and I am ready.”

Rogers is a former football player himself, winning the 2001 Rose Bowl as an offensive lineman at the University of Washington. A California native now living in Spring Hill, has been a season ticket-holder since 2015. Rogers also served as a sports broadcaster for Turner Sports, covering the nation’s top college football teams.

He spent time in TV hosting Really Big Things on Discovery Channel and continues work with the network to this day. He also served as the host for Lifetime’s Coming Home, which honored service men and women coming home from deployment and surprising their families. Rogers was also a finalist on season three of American Idol.

The Tennessee Titans will host a sports industry job fair on Saturday, June 5 from 9 a.m. to 11 a.m. CST.

There will be a wide range of opportunities include networking with sports executives, putting your resume in front of the Titans and other sports teams and organizations, as well as the opportunity to receive a professional headshot. 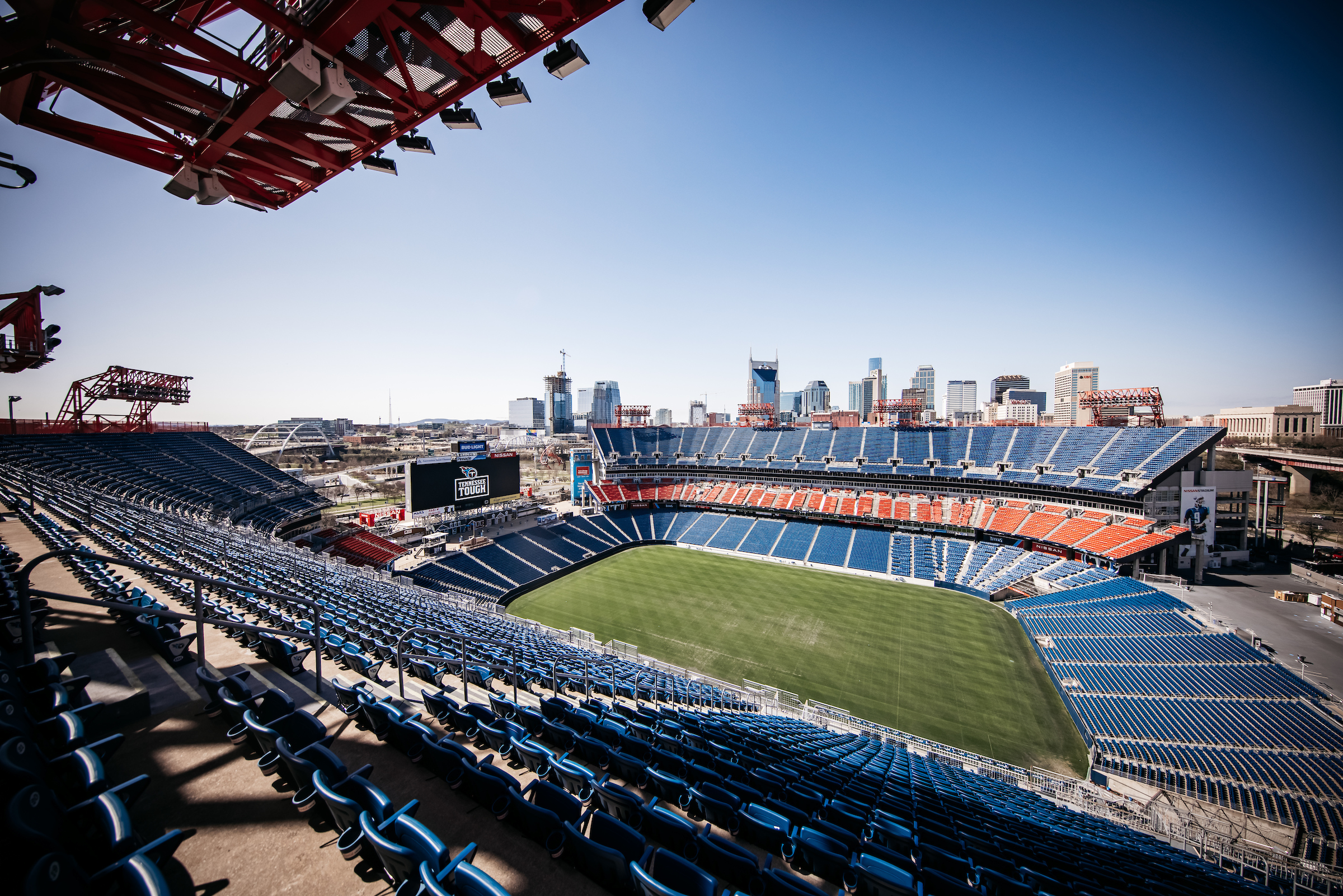 Treangen, a San Francisco Bay Area native and graduate of San Diego State University and the University of Oregon, will report to Titans Sr. Vice President, Chief Marketing & Revenue Officer Gil Beverly. Treangen joins the Titans from the Phoenix Suns, where he held a similar role as VP of Marketing Partnerships, covering the NBA’s Suns, WNBA’s Phoenix Mercury, and the IFL’s Arizona Rattlers.

Myers, a Portage, Michigan, native and a graduate of Western Kentucky University will report to Titans President and CEO Burke Nihill and will lead the team’s Finance and Accounting functions. She joins the Titans after spending over 10 years in public accounting with Ernst & Young (EY) in Nashville. As an Assurance Senior Manager with EY, Myers advised clients on technical accounting issues, financial reporting requirements, process improvement opportunities, and strengthening internal controls. She has experience working with the Titans, having served as the EY executive for the team’s annual audit over the last three years.

For the past five years, Nuse served as General Manager and Chief Operating Officer of the Nashville Sounds, overseeing all day-to-day operations related to the organization. Under his leadership, the Sounds broke attendance records and were regularly recognized by industry publications as leaders in operational excellence and fan experience. Most recently, in 2019 Baseball America awarded the Sounds with its prestigious Freitas Award in recognition of the club’s community involvement, long-term business success, and consistent operational excellence. 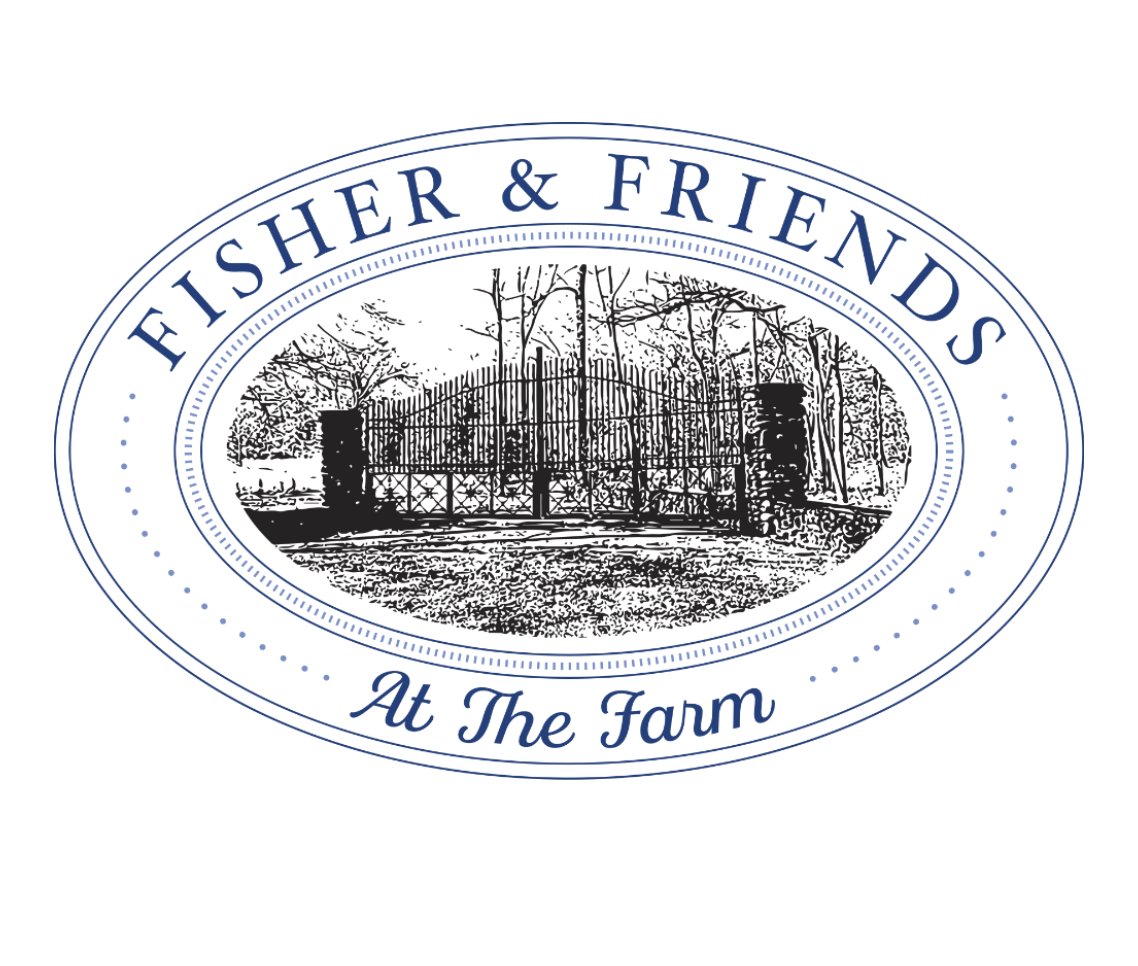 The Heiderdinger Foundation will be hosting Fisher & Friends at the Farm and Off the Record with former Titans’ head coach and player Jeff Fisher and Eddie George with Nashville radio icon George Plaster and more.

This event will help raise money for The Heiderdinger Foundation which is a nonprofit organization that provides nutrient-rich meals and education, free of charge, for families facing cancer.

The fundraiser will be on Saturday, June 12, at 5:30 p.m. CST and will be held on Fisher’s farm. The night will offer behind the scenes stories with NFL coaching, talent, and broadcast giants including John Dwyer, as well as story telling, music, live and silent auctions, and a four-course farm to table meal inspired by the nonprofit’s Meals 4 Health and Healing Program.

“Jeff has always been so supportive of our mission from the very beginning and we are grateful to him for opening up his beautiful farm for this year’s fundraiser,” says foundation Executive Director Katharine Ray. “We can’t wait to gather safely in person again!”

Meals 4 Health and Healing, the signature program of The Heimerdinger Foundation, is a heart-centered, caring community preparing organic, immune-boosting, and anti-inflammatory meals free of charge for cancer patients undergoing cancer treatment and their caregivers. Since 2013, the nonprofit has served over 100,000 meals to hundreds of clients and their caregivers in Williamson and Davidson Counties.

Individual tickets for this event are $250 or $1800 for a table of eight and include a four-course farm to table dinner with proceeds benefiting the Meals 4 Health and Healing program of The Heimerdinger Foundation. . 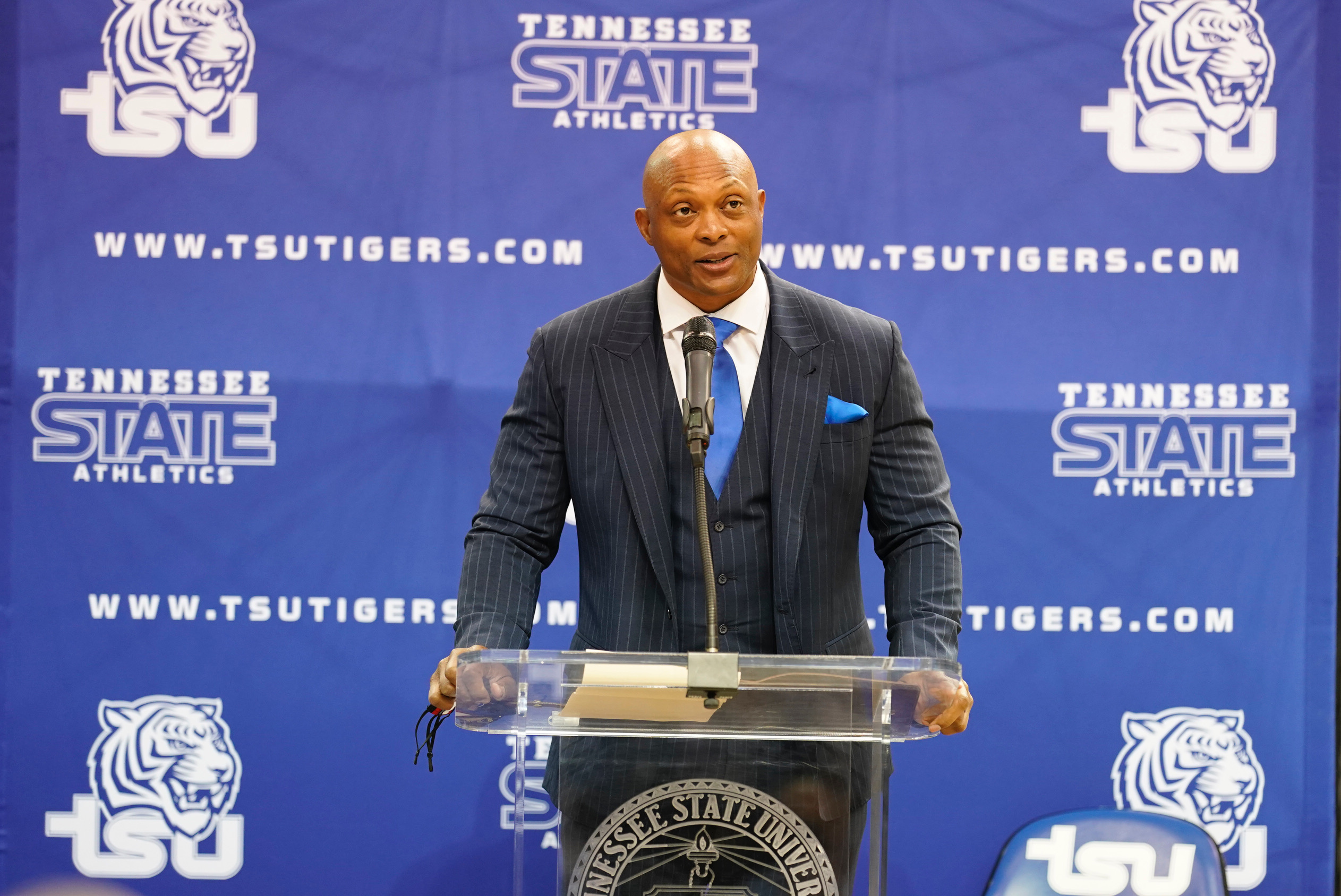 Former Tennessee Titan Eddie George will be the next head football coach for the Tennessee State University Tigers.

George, an alumnus of Ohio State University and winner of the Heisman Trophy in 1995, was announced the new football coach by TSU Director of Athletics Dr. Mikki Allen at a press conference on April 13.

“Eddie George has been a winner in every facet of the game and we look forward to him bringing that same commitment to our players and having it translate into winning on and off the field,” says Allen. “We are excited to have him join us and lead the next chapter of our storied football program.”

“For decades, TSU has always made bold and strategic hires within our athletic programs that laid the foundation for our storied success in sports,” says university President Glenda Glover.  “Eddie George, with the resources he will bring to TSU, is the right choice and investment for the future of the TSU football program and the TSU community.”

George is a Tennessee Titan legend, having played eight seasons with the Houston Oilers/Titans, leading them to a championship appearance in Super Bowl XXXIV, and having his No. 27 retired. George is only the second NFL running back to rush for 10,000 yards while never missing a start, joining Jim Brown.

“Coaching is a full commitment, a duty of service. I take that seriously,” says George. “I’ve done a lot of soul searching and due diligence. The more I thought about it, I got more and more excited about it. It was like picking up an old guitar or getting back on a bike, it’s familiar but in a different capacity.”

The Tigers finished their 2020 season finishing with a record of 2-5. The Ohio Valley Conference team has failed to finish a season at or above .500 since the 2016 season.