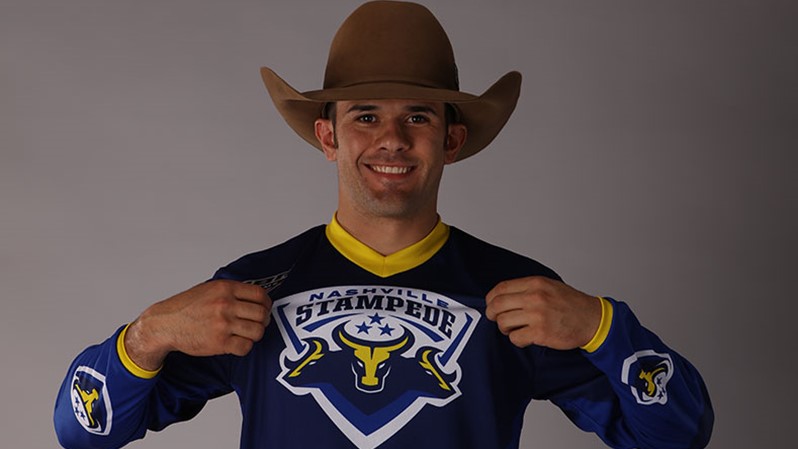 Pacheco has been one of the most consistent riders in the PBR since debuting on American soil in 2014. The 2015 season marked the Brazilian native’s first in the PBR’s premier Unleash The Beast series, when he concluded the year No. 2 in the world, winning three elite tour events and being crowned Rookie of the Year.

“It’s very important for me to officially be a part of the Stampede team and this family. It makes me really happy,” says Pacheco. “I watched Justin McBride before I came to the United States. He’s one of the greatest bull riders we’ve ever seen, and it’s awesome having him behind me and supporting me.”

In the seasons that followed, Pacheco finished No. 2 in the world in 2016 and No. 5 in 2017 before being crowned the 2018 PBR World Champion. After an incredible second-half surge during the regular season, Pacheco battled through torn ligaments in his left knee sustained days prior to the PBR World Finals to capture the coveted gold buckle. He concluded the year having gone 42-for-80 (52.5%).

While Pacheco spent the majority of 2019 sidelined as he recovered from injury, the “Ice Man” returned with a vengeance in 2020 when he concluded the season No. 6. In the two years since, Pacheco has finished runner-up to the world title in both 2021 and 2022.

“Securing Kaique as a rider and our team captain is an important pillar in the foundation of the Stampede team along with the support of our coaching staff and ownership,” says Stampede General Manager Tina Battock. “Our primary focus is to not only prepare for this season but to set us up for long term success.”

During the most recent season, a resilient Pacheco, who was riding through a broken foot, contended for the gold buckle until the final out of the season. Throughout the 2022 PBR Unleash The Beast campaign, Pacheco logged two event wins and five 90-point rides. He also went a torrid 28-for-51, covering 54.90% of his bovine athlete opponents.

With one regular series 2022 PBR Team Series event complete, the Nashville Stampede are currently fifth in the battle to bring Music City its next national title. At the season-launch event in Cheyenne, Wyoming in late July, the Stampede went 1-1, including a 337.75-257.25 victory against the Carolina Cowboys in a dramatic shootout. In the team’s march to victory, Pacheco delivered a crucial 86.5-point ride on Mr. Winston.

“I feel very lucky that as a coach of a brand-new franchise, Pacheco is the guy that lays the foundation for what the Stampede will be for years to come,” says Nashville Stampede Head Coach and two-time PBR Champion Justin McBride. “His past accolades speak for themselves, but his commitment to excellence and his calm demeanor are exactly what you want when tasking someone to lead a franchise.”

During the 2022 season for the groundbreaking PBR Team Series, each of the eight founding teams will compete in 28 game, held at 10 regular-season events, leading into a championship in Las Vegas (Nov. 4-6). In addition to competing at two neutral site events, each of the eight teams will host a three-day homestand.

The Nashville Stampede will play in Music City for the first time from Aug. 19-21 when the team hosts Stampede Days at Bridgestone Arena. 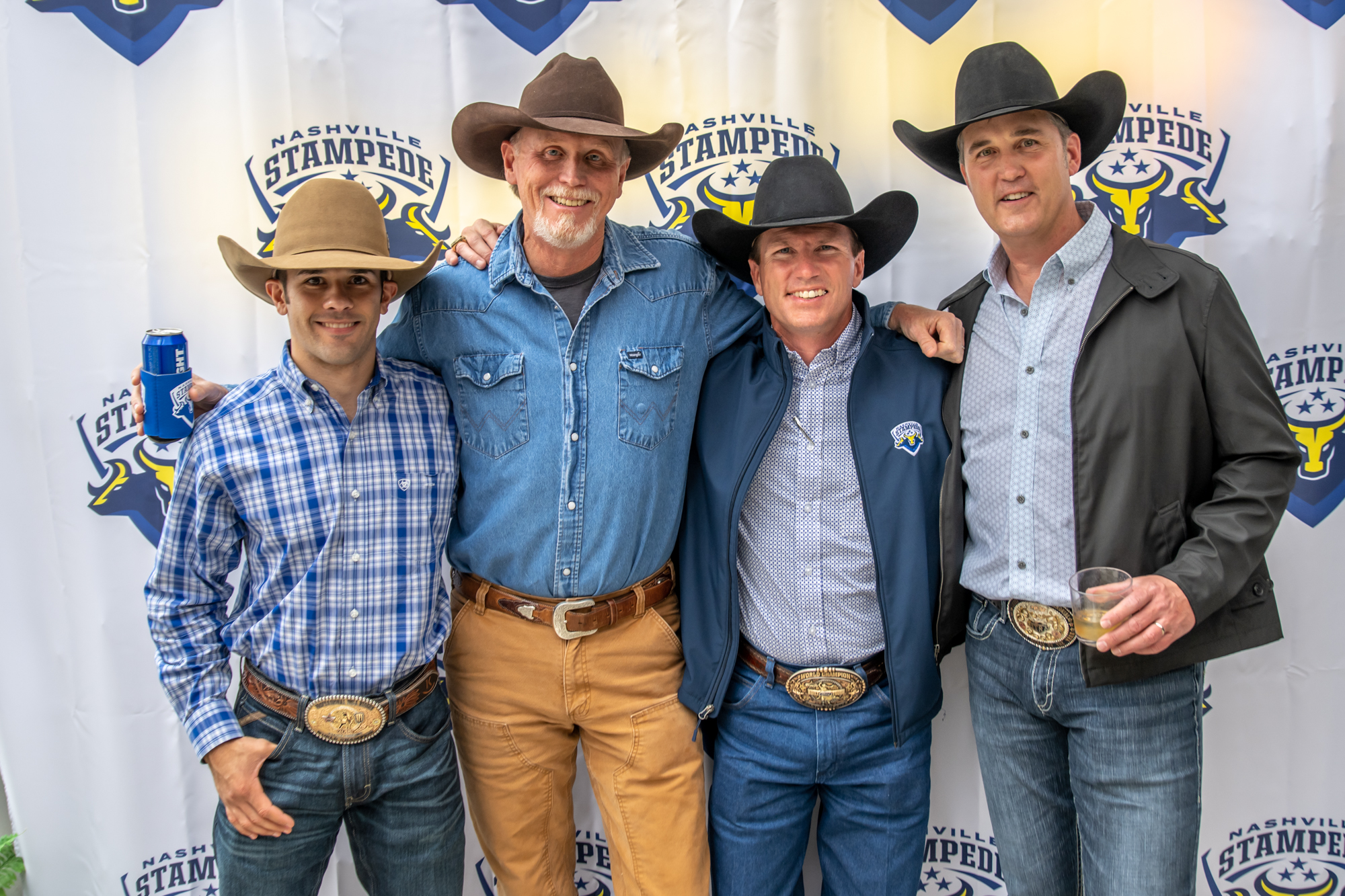 As the Professional Bull Riders (PBR) Team Series season kicks off, the Music City-based team–the Nashville Stampede–prepare for its home event at Bridgestone Arena on Aug. 19-21. Gearing up for the upcoming festivities, the Nashville Stampede now has its own theme song. “Stampede,” written and performed by country artist Brice Long, debuted on all streaming platforms on Friday, July 22.

Long’s songwriting hits include the No. 1 singles “Heartache On The Dance Floor” (Jon Pardi) and “Nothing On But The Radio” (Gary Allan), along with Randy Houser’s “Like a Cowboy,” which garnered a nomination for CMA Song of the Year.

Stampede Head Coach and former two-time PBR World Champion Justin McBride met Long in 2006 when traveling to Nashville to work with songwriters Tim DuBois and Wynn Varble. The pair had mutual friends as Long had grown up roping and in the western lifestyle. As their friendship grew, Long went on to write a few songs that McBride cut and was tapped to tour with him, playing guitar and doing a few songs on his own.

When McBride found out he was coaching the Stampede, he reached out to Long and explained what the Stampede meant and what he wanted it to convey. Long is the sole writer on the track.

In the first shootout of the new PBR Team Series, the Nashville Stampede outrode the Carolina Cowboys by one qualified ride to register the team’s first win in the new league, 337.75-257.25. In a dramatic ride-for-ride showdown, the riders of the Stampede and Cowboys covered 70% of the game’s bulls. The Stampede (4-for-5) boasted an 80% riding average, while the Cowboys (3-for-5) concluded the game with a 60% conversion rate.