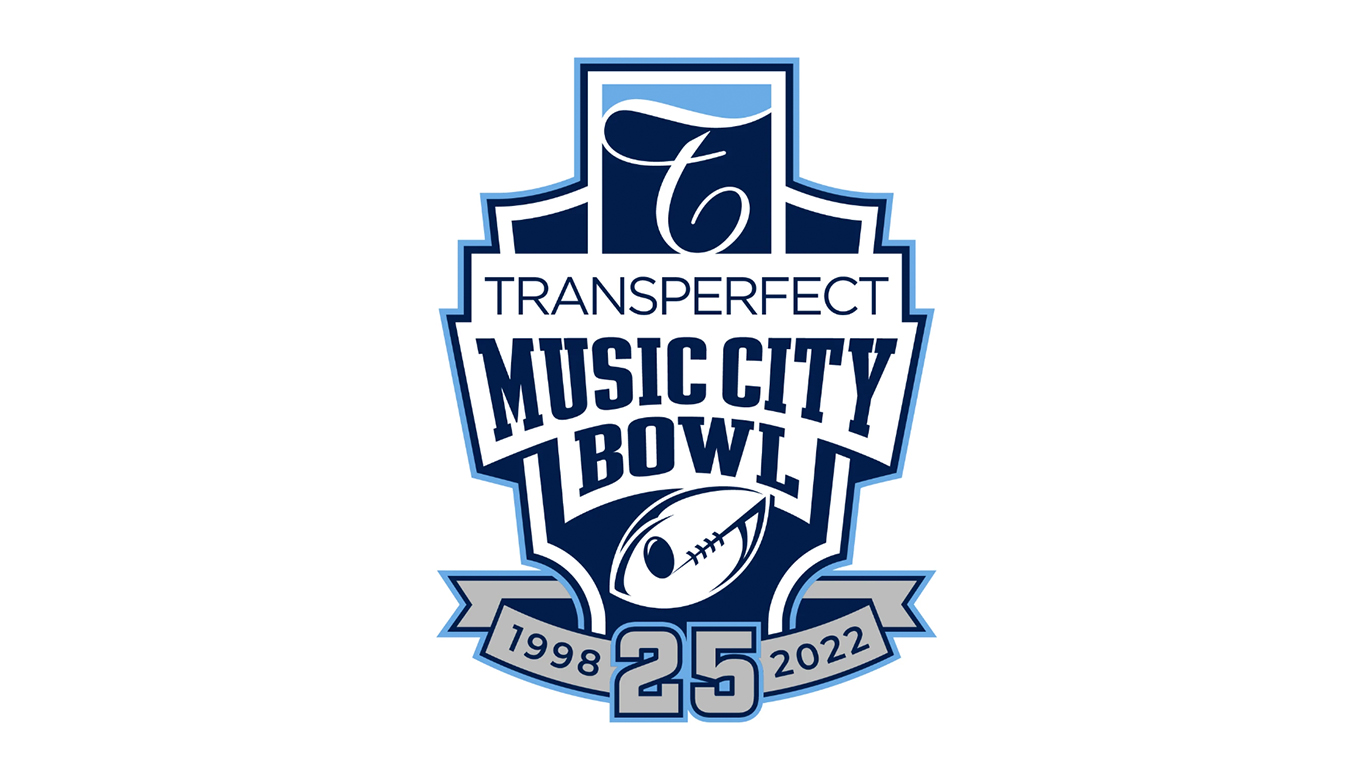 The NCAA Bowl Committee has announced that Kentucky will take on Iowa at this year’s Transperfect Music City Bowl at Nissan Stadium on New Year’s Eve at 11 a.m. CT. The game between the SEC and Big Ten will be televised nationally on ABC, marking the first time the Bowl has been featured on network television.

Despite being selected in 2020, this will be the first official appearance for the Hawkeyes, following that year’s cancellation due to COVID-19. This will be the second overall and second-straight meeting between the two schools. Kentucky beat Iowa in the 2021 Citrus Bowl.

“On behalf of the TransPerfect Music City Bowl board of directors, our staff and our volunteers, we look forward to hosting Iowa and Kentucky in our game this New Year’s Eve,” says Scott Ramsey, President & CEO of the TransPerfect Music City Bowl. “Both schools bring passionate fanbases and we cannot think of a better way to celebrate our 25th anniversary than with these two programs in our game.”

“It’s been an impressive year of football for the Big Ten and SEC,” adds TransPerfect President and CEO Phil Shawe. “We are proud to host the University of Iowa and University of Kentucky in Nashville on New Year’s Eve, and we look forward to a great game.”

Iowa finished the year 7-5, winning four out of their last five games and posting a 5-4 conference record in the Big Ten. The Hawkeyes finished third in total defense in the conference and one of the top defenses in the country at 5th overall. Defensive back Cooper DeJean ranked fifth in the Big Ten with four interceptions, including two returned for a touchdown. Defensive linemen Deontae Craig (6.5) and Joe Evans (6) ranked fifth and sixth, respectively, in the conference for total sacks.

Iowa is led by Kirk Ferentz, the longest-tenured coach in college football. Ferentz is 185–115 overall in his 24 seasons with the Hawkeyes.

“We are excited to compete in the TransPerfect Music City Bowl,” Ferentz notes. “Our players and staff have worked hard to earn this invitation and we look forward to our visit to Nashville. We understand first-hand the quality of our opponent and look forward to playing on Dec. 31.”

Kentucky returns to the TransPerfect Music City Bowl for the first time since 2017, marking the sixth overall appearance for the Wildcats.

The Wildcats also finished the year 7-5, closing out the season with a win over rival Louisville. The Wildcats are led by dynamic quarterback Will Levis, who posted 19 touchdowns (4th in the SEC) through the air and two on the ground this season. Chris Rodriguez Jr. led the ground attack, leading all Kentucky rushers with 904 yards and six touchdowns.

The Wildcats are led by Mark Stoops, who is in his 10th season in Lexington where he’s amassed a 124-66 overall record.

“On behalf of our team and all of us at the University of Kentucky, we are excited to accept the invitation to play in the TransPerfect Music City Bowl,” Stoops says. “The Big Blue Nation always paints Nashville blue and the hospitality is second to none. We look forward to a great week and our team can’t wait to play one more time this year.”

Established in 1998, the TransPerfect Music City Bowl has transformed the week between Christmas and New Year’s Day into one of the city’s busiest times of the year for tourism and has become Nashville’s holiday tradition. This year marks the Bowl’s 25th anniversary where fans have the opportunity to vote on the 25th anniversary team and relive the Bowl’s top 25 moments.

Since its inception, the Bowl has produced nearly $400 million in direct economic impact to Nashville.