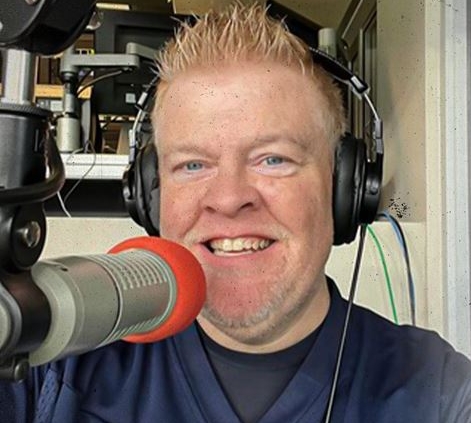 He will take over from long-time MTSU PA announcer Larry Tolbert beginning Sept. 17 at Johnny “Red” Floyd Stadium, when the Blue Raiders open the 2022 home season against Tennessee State.

“Anytime you replace a legend, that’s always really difficult to do,” Director of Athletics Chris Massaro says. “But Kris has filled in for us in the past and been great. We’ve had a lot of fan feedback on what a great job he did. We’re excited that he’s going to be our football PA announcer. He’s not a rookie, we know exactly what we’re getting. And we’re getting an excellent PA announcer. I think our fans are going to really enjoy his skills from the PA booth. We will miss Larry and look forward to seeing him in the stands as a fan.”

Freeman has been in the PA announcing world for a number of years, taking on the Vanderbilt basketball job in 2015. He currently announces for both the men’s and women’s basketball teams, as well as the lacrosse team at Vanderbilt, and is also the voice of the TSSAA basketball championships, along with several other TSSAA events.

“I’m very thankful that Middle Tennessee State would give me the opportunity to be able to do this,” Freeman says. “I want to bring excellence and professionalism to everything that I do, and I hope that at the end of the season they can look back and be thankful for the investment they made in me.”

Freeman will be taking over for Tolbert, who retired after 52 seasons in the role, starting with the 1970 season, the fall after he graduated from Murfreesboro Central High School.

“I’m extremely honored to be able to sit in the seat of someone as legendary as Mr. Tolbert,” adds Freeman. “Because there’s nothing else that needs to be said for all the incredible work that he’s done. This is a tremendous honor to have that opportunity.”