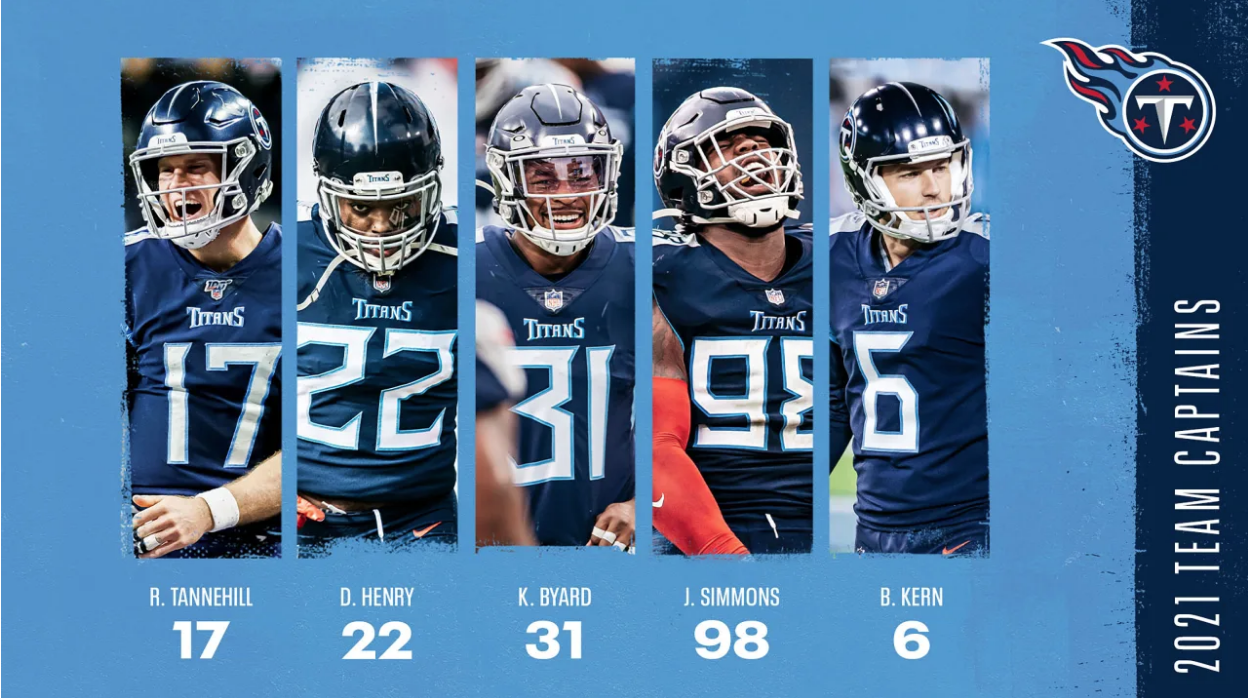 The Tennessee Titans have named its five captains for the upcoming NFL season, voted on by the players. Just two days away, the Titans will host the Arizona Cardinals on Sunday (Sept. 12) at Nissan Stadium to kick-off their season.

“They represent the team, and who we want to be, and help carry that message from me, the coaching staff, and into the locker room,” says head coach Mike Vrabel. “There’s no restrictions on leadership. Guys are going to be able to lead whether we name them a captain, or they were voted by their teammates as captains, that is critical to understand.”

After a few run-ins with Covid, the entire roster is virus-free and available for Sunday’s game.