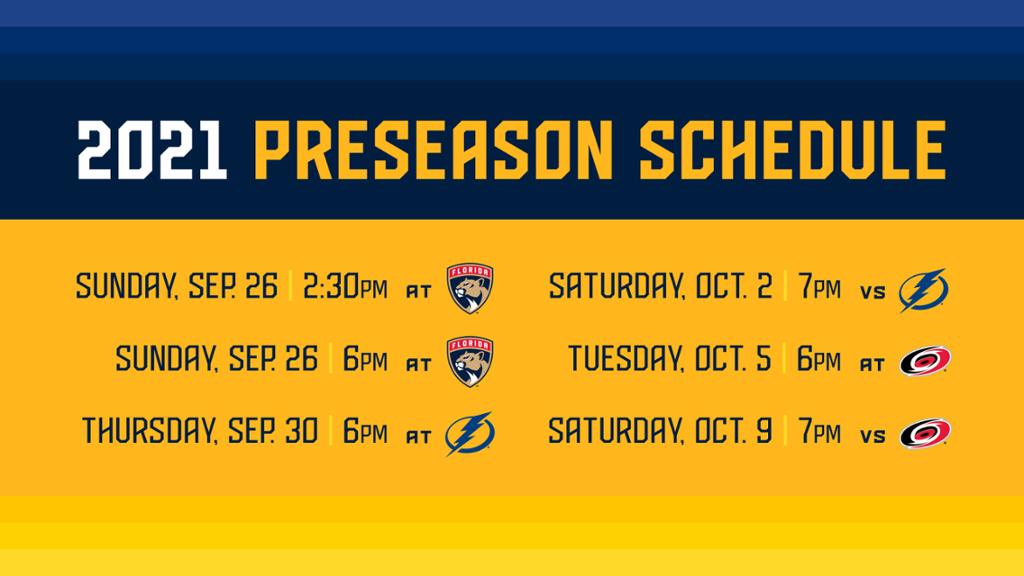 The Nashville Predators have released their preseason schedule for September and October of 2021. The postseason will feature six games, four of which are away and two to be held at Bridgestone Arena.

The Preds will kick things off with a doubleheader on the road against the Florida Panthers on Sept. 26. This will mark the ninth time in the last 10 training camps that the Predators and Panthers will play a split-squad doubleheader. Nashville will then face off against the Lightning, traveling to Tampa on Sept. 30 and hosting the defending Stanley Cup champions at Bridgestone Arena on Oct. 2.

The Predators will round out their preseason schedule with two games against the Hurricanes who were Nashville’s first round opponent in the 2021 playoffs. The first game will be played at PNC Arena in Raleigh on Oct. 5, and the second on Oct. 9 on the Preds home ice. The 2021-22 NHL regular season is scheduled to open the following week.