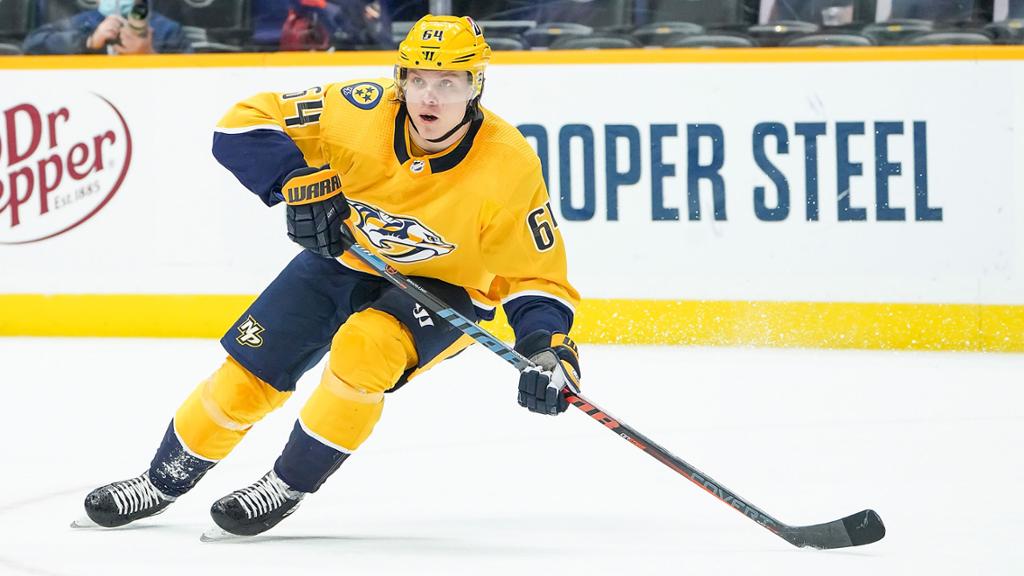 The NHL free agency market is wide open and the Nashville Predators have re-signed forward Mikael Granlund and signed 2021 first round draft pick Zachary L’Heureux to an entry-level contract, among others. After Pekka Rinne’s announcement of retirement and trading Viktor Arvidsson and Ryan Ellis, the Preds were expected to make moves to help build around their young core.

Granlund is heading back to the organization after signing a four-year $20 million contract. This past season, Granlund tied for the Predators lead in goals with 13 and was fourth in points with 27. From March 15 through the end of the regular season, a stretch in which Nashville went 20-7-1, Granlund posted 17 points (8 goals, 9 assists), the second-most on the team, and recorded three multi-point efforts.

“Signing Mikael to a contract that will keep him here in Nashville was a priority for us as we entered the free agency period,” says Predators President of Hockey Operations/General Manager David Poile. “He has been one of our most consistent players since he joined the Predators, played a crucial role in helping turn our team around last season and fits in extremely well with our team chemistry and the identity we are trying to build. We’re excited to see his continued impact in all three zones of the ice for the next several years and know he and his leadership will be instrumental in helping with the growth of the young group of forwards we’ve assembled.” 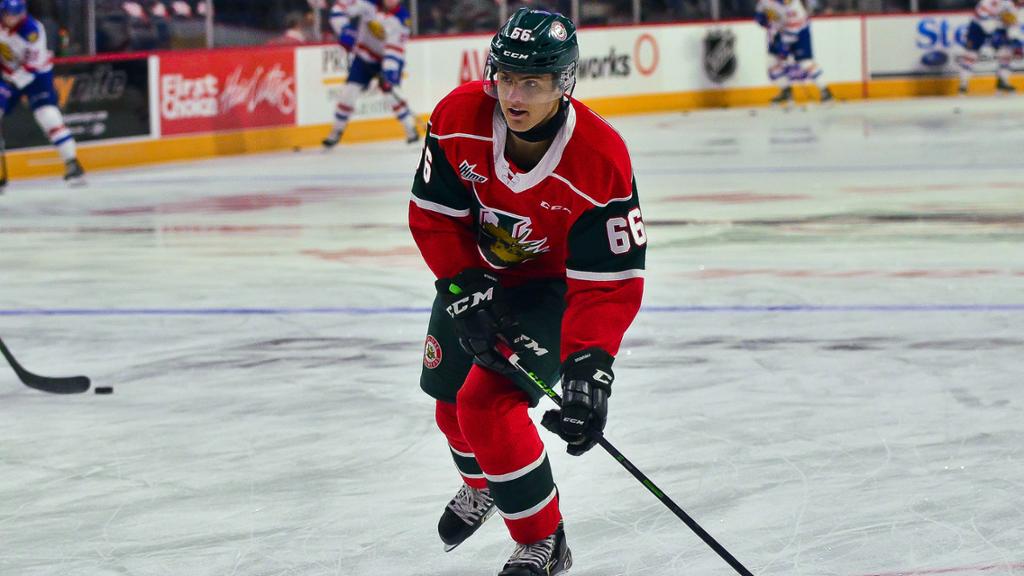 L’Heureux, Nashville’s first round pick in last weekends’s draft, was offered a three-year entry-level contract. Drafted out of the QMJHL’s Halifax Mooseheads, the forward was second among team skaters in points (39), goals (19), and penalty minutes (47). He also tied for fourth in assists (20) in 2020-21, which was only his second full QMJHL season.

The Predators also made a move in front of the net, signing goaltender David Rittich to a one-year contract worth $1.25 million. Rittich, who will be Juuse Saros backup, appeared in 19 games last season with the Calgary Flames and Toronto Maple Leafs. He posted a .901 save percentage and 2.86 goals-against average. 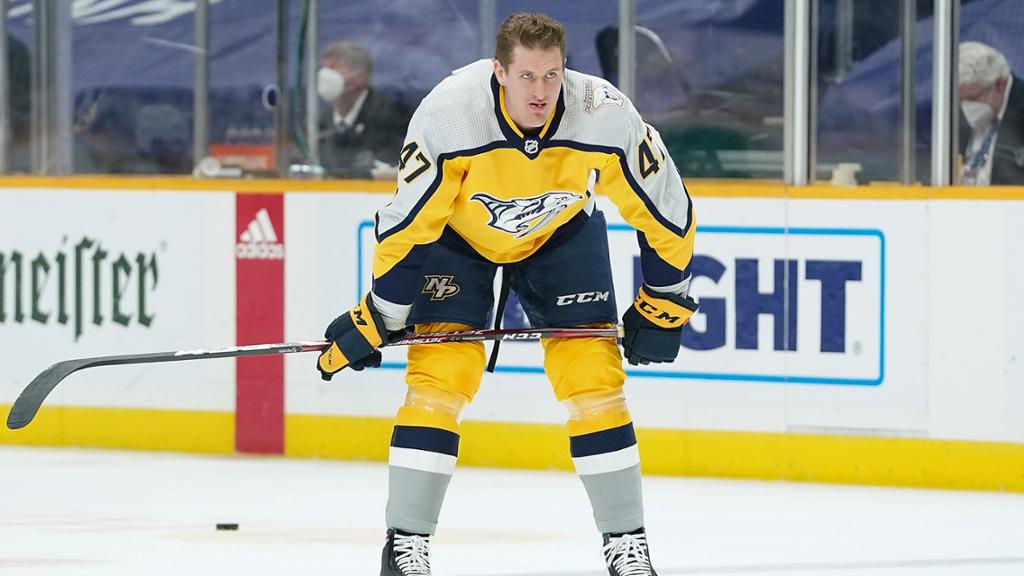 Nashville also signed Michael McCarron, Anthony Richard and Matt Tennyson, all to two-year, two-way contracts worth $750,000 at the NHL level. McCarron competed in six games for the Predators in 2020-21, his first NHL action since the 2017-18 campaign, and recorded 16 penalty minutes and 12 hits in 10:18 of average ice time. The 6-foot-6, 232-pound forward made his Nashville debut on Feb. 8 vs. Tampa Bay, but spent the bulk of the season on the team’s taxi squad. 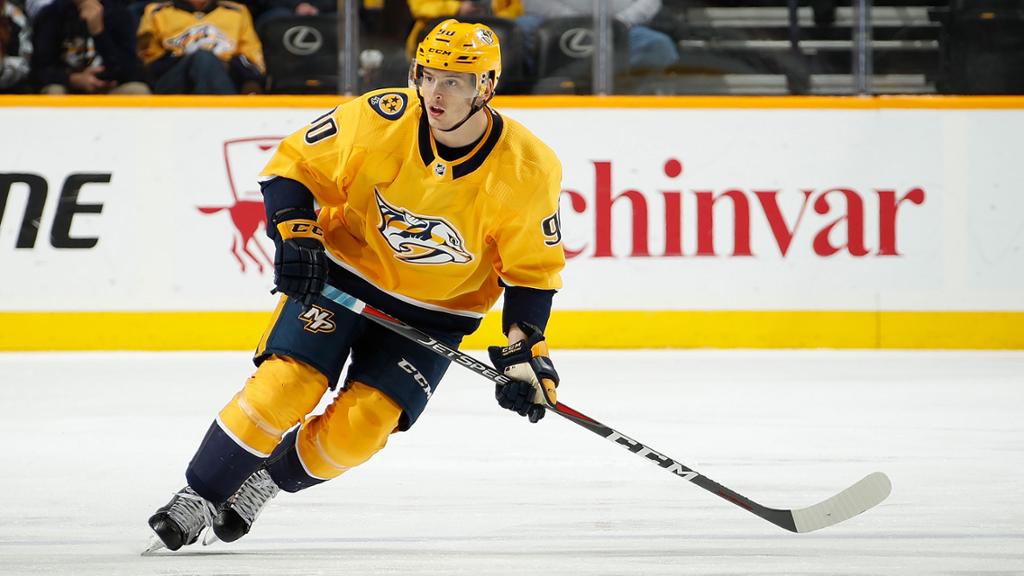 Richard skated the entire 2020-21 campaign with the AHL’s Chicago Wolves and was among the team’s leaders in goals with 11 (third) and points with 18 (tied for seventh). Despite playing in 32 fewer games in 2020-21 than he did the previous season, he was only three goals and five points shy of matching his totals of 14 and 23, respectively, in 60 contests with the Milwaukee Admirals in 2019-20.

Tennyson completed his 10th professional season in 2020-21 in the New Jersey system, skating in 21 games for the Devils–his most in an NHL season since 2016-17–and five for Binghamton (New Jersey’s AHL affiliate). The Preds gave qualifying offers to Saros, Jeremy Davies, Dante Fabbro, Tanner Jeannot, Mathieu Olivier, Rem Pitlick, and Eeli Tolvanen prior to the free agency period.