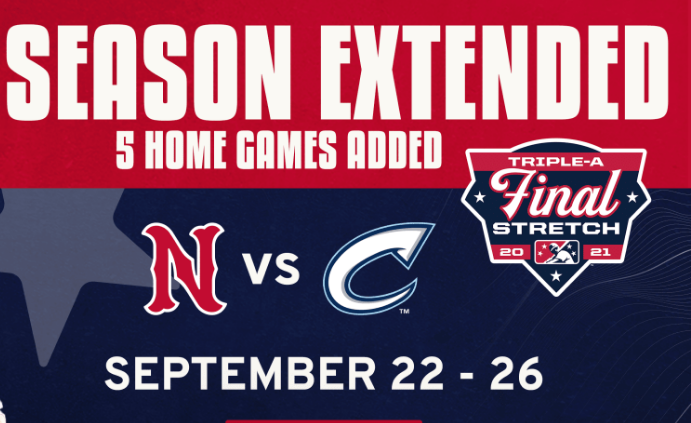 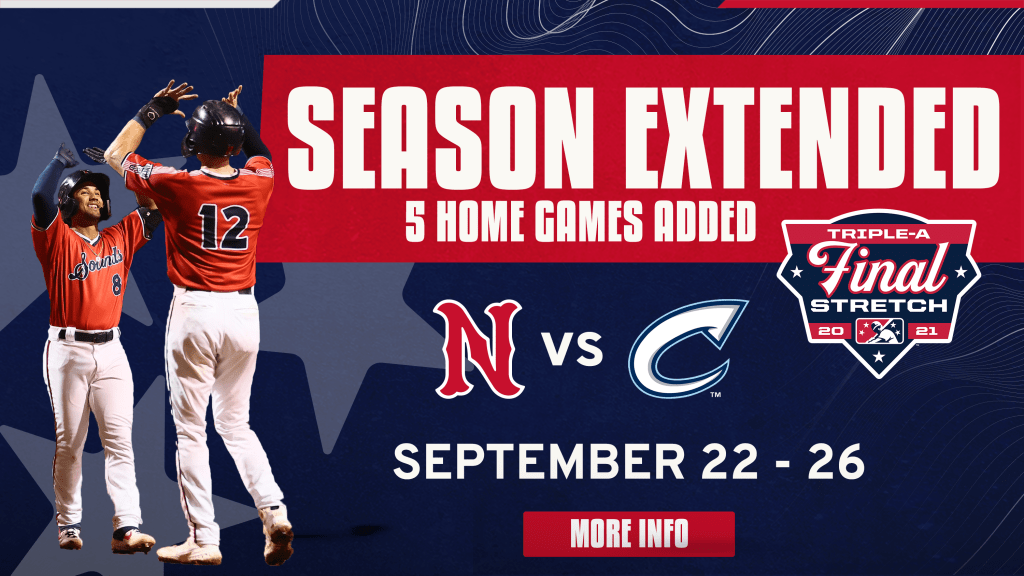 The Nashville Sounds are adding 10 games to the end of their season from rescheduled games at the start of the 2021 season. These additions will be played in a new postseason tournament format called the “Triple-A Final Stretch.”

The Sounds will now finish the 2021 season with a five-game series against the Indianapolis Indians at Victory Field in Indianapolis. The series will begin on Sept. 29 and conclude Oct. 3 with the first four games at Indianapolis beginning at 6:05 p.m. CT and the season finale beginning at 12:35 p.m. CT.

A 2021 Triple-A East Regular Season Champion will be named based on overall winning percentage through the originally scheduled championship season concluding on Sept. 19. The Sounds are currently 38-22 and own the third-best record in the league.

Additionally, among the 30 Triple-A Clubs, a single 2021 Triple-A Final Stretch Winner will also be crowned based on the highest overall winning percentage during this 10-game stretch. The winning Club will be awarded a prize from Major League Baseball.

Following the previously announced final series of the season at Gwinnett from Sept. 14-19, the Sounds will now return home to First Horizon Park to host five-games against the Columbus Clippers, Triple-A affiliate of the Cleveland Indians, from Wednesday, Sept. 22 through Sunday, Sept. 26.

Single-game tickets for all five newly added home games are on sale now. Current season ticket members will be contacted by their individual sales representative within the next few days with more information.